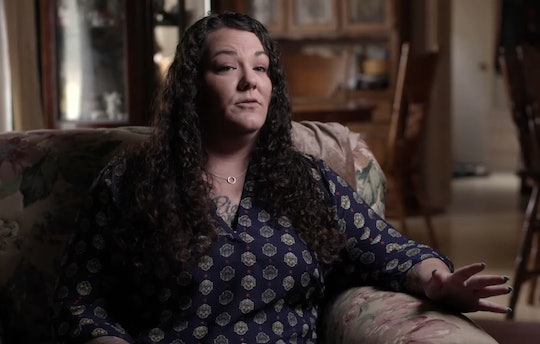 Sibling Rivalry Turns Deadly In This Episode Of 'Twisted Sisters'

Family isn't always forever as the true crime docu-series, Twisted Sisters, often confirms. In the latest episode, a broken family recalls how two sisters managed to turn their tumultuous relationship deadly after an argument that escalated completely out of control. An exclusive clip from the episode provided to Romper shows how Twisted Sisters explores the deadly side of sibling rivalry, and the events that led to a young woman taking her own sister's life.

But first, some background information about the family in question is needed. The Aug. 26 episode of Twisted Sisters tells the true story of the Rendell-Sneary family who lived in Pensacola, Florida. The family was made up of Troyce Rendell and her husband, Mike Sneary. Though both Mike and Troyce each had a child from previous relationships, they decided to adopt two young girls who were in need of a good home. The first adopted daughter was Elena, who was older than the second, Christina, by three years. As noted within the full episode, both girls were believed to suffer from "toxic stress" due to their upbringing before joining the Rendell-Sneary family.

The story of what happened to Elena and Christina is told mostly through the narration of their adopted sister, Brandi Zepp, who was the biological daughter of Mike Sneary. In the exclusive clip provided to Romper, Zepp explains that everyone in the family was trained in how to use guns because they were kept in the house for hunting purposes.

Twisted Sisters, which is executive produced by Khloe Kardashian and 44 Blue Productions, reimagines the crimes committed by sisters — whether they be together or against one another. In the episode about the Rendell-Sneary family, it's a case of one sister against another.

In 2012, Elena was convicted of killing her adopted younger sister, Christina, when she was just 17 years old, according to North Escambia. Christina was just 14 years old when she died. Elena was in prison for nearly a year until being convicted and sentenced to one year for the crime. She was not allowed any time off for the year she had already served behind bars.

It's believed that the fight between Elena and Christina began over a missing cell phone while their adopted mother, Troyce, was out of the house. Investigators further explore how Elena and Christina's argument led to murder throughout the Aug. 26 episode of Twisted Sisters.

Make sure to tune into the full episode of Twisted Sisters on Mondays at 10pm ET on Investigation Discovery.