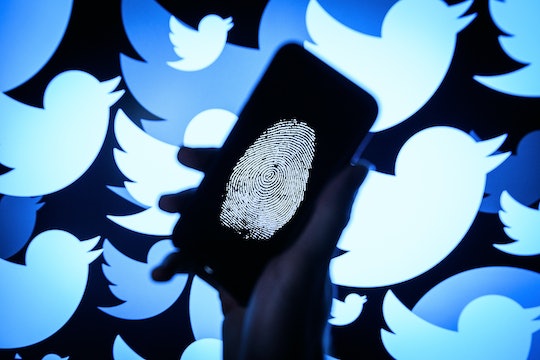 Humans are creatures of habit, right? Didn't some age-old philosopher say that? Well, maybe not. But the saying is still true. When human beings get used to something, it can actually be quite difficult to adjust to a change — especially when it comes to the sacred realm of social media. And now that Twitter just increased the character limit for tweets, people have some pretty distinct feelings about it.

On Tuesday, the social media company announced on their blog that they were testing out how increasing the character limit for tweets would look. "We want every person around the world to easily express themselves on Twitter," the company wrote, "so we're doing something new: we're going to try out a longer limit, 280 characters, in languages impacted by cramming." However, the longer limit isn't available for every user just yet.

For now, the site is only testing the limits with a select few accounts, and most users are still confined to the 140-character limit. Although, that could all change fairly soon, that doesn't mean all users are happy about it. Some people were pretty apprehensive about the whole thing, a lot of Twitter users had jokes, and others were pretty worried about President Donald Trump getting to rant even more than he does already.

So, here's how people are really feeling about the change:

A Lot Of People Poked Some Fun At The Announcement

According to Twitter, "in all markets, when people don’t have to cram their thoughts into 140 characters and actually have some to spare, we see more people Tweeting – which is awesome!" So, the announcement that the company has decided to test out 280-character limits isn't too surprising. In fact, it may very well prove to be extrememly helpful for many people.

But, there was one person most of the internet felt very concerned about being able to tweet even more. Yup, you guessed it.

People Were Worried About Trump Discovering The New Limits

As most people are aware, President Trump really likes Twitter. Just Tuesday alone, the president tweeted 13 times. Many of his tweets are angry and controversial, and Trump has often retweeted accounts who depicts videos of the president acting violently.

In fact, a recent tweet from Trump caused many to wonder if Twitter would ever shut down Trump's account, specifically when he called Kim Jong Un, "Little Rocket Man," prompting thousands to worry about the president upsetting the North Korean leader to the point of war. But now, it seems that Twitter is just expanding Trump's platform, something no one really seems all that happy about.

More Than Anything, People Made Jokes. A Lot Of Jokes

As The Verge reported, "The 140-character limit was originally established to reflect the length of SMS messages, which was how tweets were distributed prior to the development of mobile apps. SMS messages are limited to 160 characters; Twitter reserved the remaining 20 for the username." But now that virtually everyone and their grandma has a smart phone capable of storing multiple applications, the 140-character limit isn't really necessary anymore.

Twitter's main reasoning behind increasing the character limit for tweets seems to be that the company is "hoping fewer Tweets run into the character limit," with the new limit. And seriously, as annoyed as Twitter users are at the moment, they may just learn to appreciate the longer tweet possibilities. But, the company also understands that the change might be hard to adjust to.

"We understand since many of you have been Tweeting for years, there may be an emotional attachment to 140 characters – we felt it, too," Twitter wrote on its blog. "But we tried this, saw the power of what it will do, and fell in love with this new, still brief, constraint."

So, maybe everyone will come around. But for now, most people are just not ready for change.