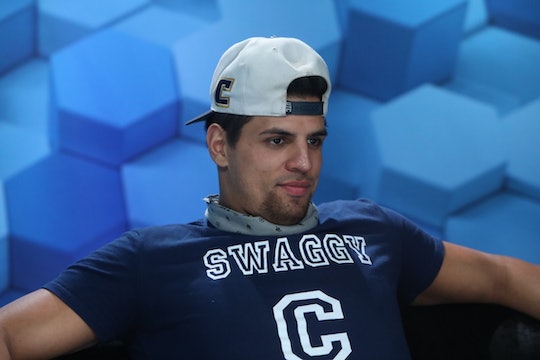 Just when you think The Hive has a chance to succeed they go and blow it. After Haleigh's head-of-household was wrecked by the Hacker Comp, Fessy won the next HOH on Sunday only to let his jealousy cloud his judgement. Naturally, Big Brother fans had a lot to say about his decision. These Twitter reactions to Faysal's Big Brother decision just prove this is the biggest mistake The Hive has made thus far.

On Sunday night's episode, Faysal won the Slip 'n' Slide HOH comp, narrowly beating Scottie, which Scottie thought was fine since he was confident Faysal would never put him up. Boy was he wrong. JC, who's working with Level 6, quickly got to work ensuring Fessy put Scottie on the block. First, JC had Brett and the rest of the house agree that it was Brett who was the one vote to evict Kaycee, even though it was Scottie. Then, JC suggested to Fessy that Scottie wanted to get Fessy out so that he could have Haleigh all to himself because he liked Haleigh. JC even tried to spin this story to Haleigh who, thankfully, wasn't buying it.

Still, despite Haleigh's best efforts Fessy refused to take Scottie at his word that he really did vote to keep Rockstar. So after Fessy revealed his HOH room he had a house meeting in which he asked everyone point blank who voted to evict Kaycee. Scottie, at first, was the only person to raise his hand, but then Brett remembered the plan and said that he was the one who voted to evict Kaycee. Kaycee then jumped in, arguing that she never spoke with Brett and she could understand why he would vote to evict her over Rockstar, even though that was a bald faced lie since they've been in an alliance the entire game.

Regardless, Fessy's lack of trust in Scottie, and even Haleigh, was enough to get him to decide to nominate both Brett and Scottie for eviction, his reasoning being that he wasn't sure who was lying and so this gave them both the opportunity to fight for the veto and save themselves. This was a ridiculous for a number of reasons.

First, as Haleigh tried to point out to Fessy, Scottie is a number for them, and with the game getting closer and closer to the end, they need all the numbers they can get. Right now all Haleigh and Fessy have are Scottie. However, for some reason Fessy is convinced JC is on his side, even though JC has never been on The Hive's side. Even when Fessy tried to argue that Scottie has never spoke game to him, Haleigh pointed out that there were tons of people in the house he didn't talk game with so why not put them up instead? It made no sense.

Second, Fessy is so clearly playing emotionally instead of strategically. He tried to tell Haleigh he wasn't nominating Scottie out of jealousy but that's the only reason he had for nominating Scottie. Yes, as Fessy said in his nomination speech, Scottie did flip the vote on Swaggy C while wearing a Swaggy C shirt but a) that was week two and b) Swaggy was going home regardless. Scottie was just trying to stir the pot, and it had nothing to do with his loyalty.

Third, unless Scottie or Haleigh win the veto, Scottie's definitely going to jury. The Hive doesn't have the votes in the house to keep Scottie no matter who he's up against, which means Fessy really just signed Scottie's eviction and now, unless Haleigh wins HOH again, Fessy and Haleigh are pretty much guaranteed to be sitting on the block next to each other next week. And when the inevitable happens, Fessy will only have himself to blame.