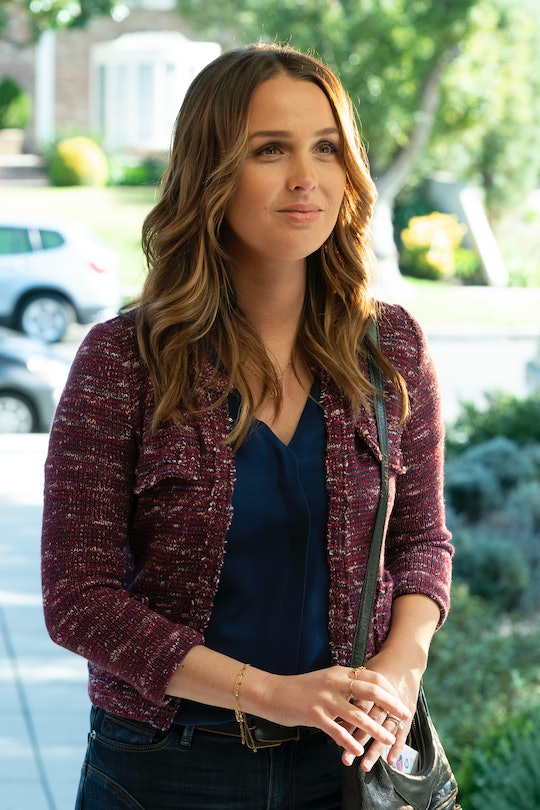 Jo Has Had A Powerful Storyline This Season On 'Grey's Anatomy'

For over 15 seasons Grey's Anatomy has aired storylines that have resonated powerfully with women. This season, the Mar. 28 episode called "Silent All These Years" was particularly powerful. The episode focused on sexual assault, aligning a patient's experience with Jo's. Now, twitter reactions to Jo on Grey's Anatomy prove that the powerful hour of TV has continued impacting fans weeks after it originally aired.

On the episode, written by Elisabeth R. Finch and directed by Debbie Allen, viewers see flashbacks of Jo (Camilla Luddington) meeting her birth mother in Pittsburgh. There, Jo learns that she was a product of rape. In present day at Grey-Sloan, Jo treats a patient named Abby (Khalilah Joi) who reveals she was raped. She and Teddy treat Abby with extra care, including asking for her consent during every step of the rape kit process. The sight of men triggers Abby, so when she has to have surgery to repair her diaphragm, the entire female staff at Grey-Sloan lines the halls on Abby's path to the operating room, creating a powerful visual. The show covers the topic from all angles, even including Ben Warren (Jason George) having a conversation with his teenage stepson Tuck about consent.

The episode affected the cast as much as the fans watching. Luddington told TVLine, “It was the hardest episode I ever shot. It’s unbelievable. It’s so powerful.” All it takes is a quick Twitter search to see that fans are still feeling the power of Luddington's performance.

Jo is back at work on the Apr. 18 episode titled "Head Over High Heels" and she's not doing well at all. I mean, who in their right mind would walk past Dr. Bailey and ignore her when she's speaking to you? I definitely wouldn't.

She still hasn't told Alex about what she learned on her trip, and that has also sparked some powerful reactions among fans.

In the preview, she seems to have Jackson in her corner. As much pain as she is in, it's good that someone is trying to help her confront it. Your partners do not always have to be the only person you turn to, ladies.

"He's worried about you," Jackson says, presumably about Alex. "You're in a lot of pain." He even takes it a step further. "You're gonna ruin your life." Hopefully Jo talks to him. Jackson definitely knows about pain and how it can ruin your life.

But it's important to note that depending on the direction of the episode, his advice could verge on mansplaining. I'm really not sure what anyone can do to help Jo besides giving her time. Her situation is messy and she deserves time to heal. Partners can be an important support system if you want them to be, and Jo may get there in time. But her friends and fans of the show have to let her.