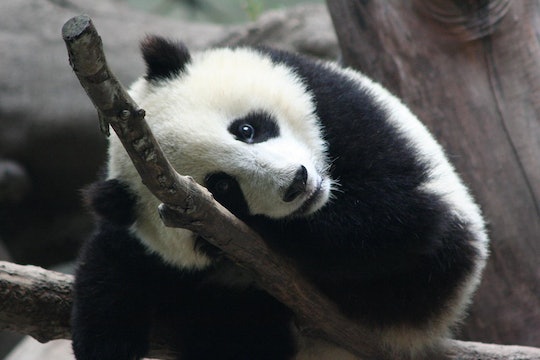 Twitter Reactions To The Snowman-Panda Puzzle Are A Mix Of Funny, Confused, & Cocky

The year is almost over, but it looks like the world couldn’t be spared from a new viral puzzle. Though the picture is adorable, people have been tasked with finding a panda hiding in a group of snowmen, posing quite a challenge for some. It is there somewhere — it has to be — and this newest puzzle has stumped the people of the Internet.

This is not the first brain teaser of 2015 that caused some serious debate. In February, people argued about whether that dress was blue and black or gold and white. In September, they hurt their heads trying to figure out if that little girl was underwater or jumping into a pool. And I don’t even want to think about if that cat was walking up or down the stairs. Yet, here they are again, searching ferociously for a panda hidden among a group of snowmen and women.

The puzzle in question was created by Gergely Dudás, a Hungarian artist who originally posted the panda-snowmen puzzle on Facebook. Since making its way on the website on Dec. 16, it has been shared more than 150,000 by people who want to confuse or frustrate their fans. And if you want to feel the same, the picture lies below:

Though the riddle is native to Facebook, it now has inundated Twitter, where some users are still stumped. And everyone who scanned the picture has something to say, but reactions have fell into a few different categories.

The "It's Really Hard" Tweets

The "Eh, It Was Easy" Tweets

The "Why Are We Doing This?" Tweets

Which camp do you fall under?