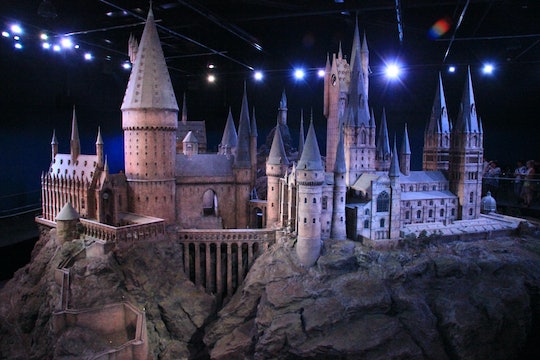 Producers of Harry Potter and the Cursed Child announced Monday that a black actor would play Hermione, and some Twitter users reacted in a pretty offensive way. But Harry Potter fans did not let that fly for very long. Twitter responded to Hermione haters in a brilliant, inspirational way.

To be clear, the announcement of Harry Potter and the Cursed Child doesn’t mean there will be another Harry Potter movie, as many seem to believe. Rather, an onstage reimagining of the Harry Potter world will debut as a play at the Palace Theatre in London in July 2016, according to The Guardian. The play will take place 19 years after the events in the final Harry Potter book ended. According to the play’s website, the plot will portray Potter as an “overworked employee of the Ministry of Magic, a husband and a father of three school-age children,” according to the Guardian. Sounds amazing… or, possibly, a tad depressing.

The adult version of Hermione Granger — the beloved, precocious girl-nerd who accompanied Potter on his teen adventures — will be played by Noma Dumezweni, an actor of South African heritage, according to The Los Angeles Times. The casting of a black actor to portray a character that many assumed was white is fully supported by JK Rowling, the author of the Harry Potter series, who clarified on Twitter that, in fact, Granger’s race was never specified within the Harry Potter texts, according to TIME.

Rowling was responding to those on Twitter who seemed downright scandalized by Hermione's race fluidity, including this person, who insists that the character is white, despite Rowling herself stating otherwise.

Other Hermione fans who don't support the casting tried to put forth a more nuanced argument, claiming that altering a character's race tampers with the "continuity" of the fictional universe:

Then there were the more combative haters who claim that white girls everywhere have lost a hero:

In response, hate-free Tweeters came to the defense of a black Hermione, pointing out that, for one, reducing Hermione's identity to the color of her skin is terribly reductive:

And then there was this awesome Tweeter, who pointed out the absurdity of obsessing over Hermione's race within the context of a fictional, magical world:

And this person, who really gets to the pith of arguing against a black Hermione:

This person made the rather highbrow point that even if Hermione WAS white in the books, there's no place for literalism in art:

For many readers, of course, Hermione was black all along.

Indeed, the hashtag #HermioneIsBlack was already a thing on Tumblr. This fan art portrays a not-white Hermione kicking ass:

In the end, though, the controversy over Hermione's race does lead to some interesting questions about the role of race and ethnicity in the Harry Potter books. True, Rowling pointed out that Hermione's race wasn't specified, but many of the other characters in her books were assigned a specific race, and in most cases, they were Caucasian. This Tweeter pointed to the lack of diversity in the books:

In a similar vein, a columnist at The Independent applauds Rowling for addressing the Hermione race issue head-on, but notes that the Harry Potter world was, in fact, "set primarily in the realm of straight, white people."

Whatever the case, a black Hermione is reason for celebration, even if adult Hermione turns out to have a super boring job.