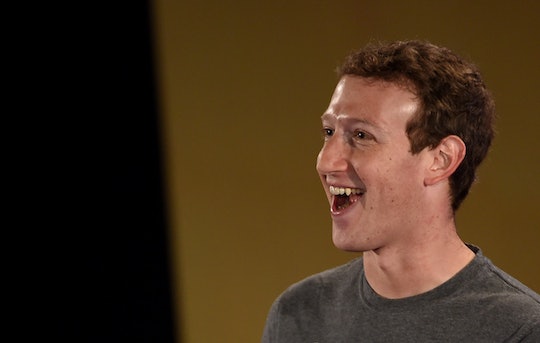 Facebook's founder made two big announcements Tuesday: First, that Mark Zuckerberg his wife Priscilla Chan had welcomed a daughter, Max, and second, that they’d decided to donate 99 percent of their Facebook shares (that’s, uh, $45 billion, by the way) to make the world a better place in honor of her arrival. Zuckerberg shared the news in a Facebook note, outlying the couple’s goals for their donation, which include things like investing in clean energy, health care research that can one day lead to the eradication of major diseases, supporting the growth of personalized education, and helping close the poverty gap. No big deal, right? But, naturally, Twitter has had a lot to say about Zuckerberg's news.

Because, let’s face it, news of little Max’s arrival would have made headlines anyway, but a $45 billion donation to bettering the world on top of that? Pretty sure that makes it the coolest baby announcement to ever exist.

So how has the world reacted to this insane news? Some of the responses have been super cynical, but then again, the Internet is nothing if not a hotbed for trolls. Mostly though, people are totally psyched and impressed and inspired, and are sharing their thoughts online in the best way:

And some of them were pretty hilarious, too

Now that the announcement has been made, it’ll be interesting to see what happens next. But one thing is certain: Zuckerberg’s plan is pretty inspiring. $45 billion, you guys. $45 billion.