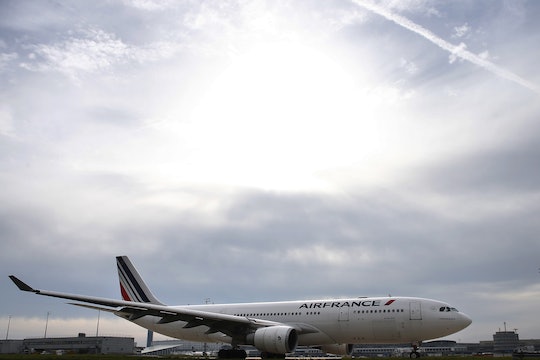 It’s has been an insane week since the attacks in Paris last Friday, and now two Air France flights have been diverted due to bomb threats. One plane is being sent to Salt Lake City, Utah and another Halifax, Nova Scotia, CNN reports. Flight 065 was diverted arounf 10:15 p.m. ET to Utah on it’s way to Paris from Los Angeles after a bomb threat was called in from the ground. CNN has reported that it has landed safely. According to the CBC, just afterwards, Air France Flight 055 from Washington's Dulles International Airport to Charles de Gaulle Airport in Paris was diverted to an airport in Halifax, Nova Scotia. The crew and passengers have landed at Halifax Stanfield International Airport and are being transported to a "safe terminal," according to airport officials.

FBI Special Agent Todd Palmer of the Salt Lake City division told CNN that, "Several law enforcement agencies are working in concert, following established protocol, to determine the nature of the threats which caused the aircraft to diversion." No one has yet confirmed if any arrests have been made on either flight or whether passengers were involved. While flight diversion is an extreme response to a bomb threat, given recent events it seems that officials are taking all precautions to keep passengers safe.