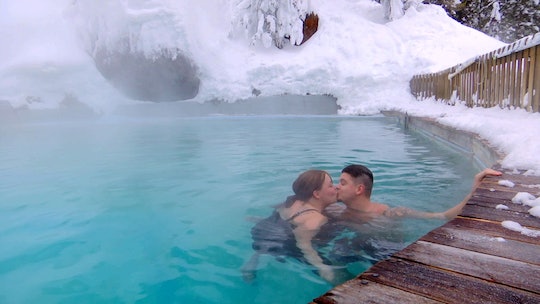 How Tyler Baltierra & Catelynn Lowell's Trial Separation Made Them "Stronger"

It's hard to believe that Teen Mom OG stars Tyler and Catelynn, now 27 years old, have been together since they were in middle school. But considering the pair basically grew up on TV, it's no surprise that there have been some ups and and downs in Tyler Baltierra and Catelynn Lowell’s marriage.

Late last year, they announced their decision to undergo a 30-day "trial separation," following rumors that a divorce was imminent because Catelynn had changed her last name on social media. But in a June 2019 interview with E! News, the couple reiterated they took space for the health of their relationship — not as a stepping stone toward ending things. Although the couple has taken many breaks in the past, both Catelynn and Tyler stressed that they weren't putting their relationship "on hold" this time. Neither of them planned or wanted to see other people. They simply wanted to try tending to their relationship while living apart for a while, giving each of them more space to work on their own mental health goals. Considering what a significant portion of their lives they've spent together, it's a pretty reasonable thing to do, even though Catelynn was pregnant with their third child when they decided to live apart.

In a December 2018 interview with Mojo in the Morning, Tyler prudently pointed out, "The fact of the matter is is that just because she's pregnant, doesn't mean that we [don't] have to do our mental health stuff."

And the experiment of living apart was largely successful. Catelynn told E! that the separation had made them "stronger as a couple" and that they "were in a really good place."

"Him and I, when we went through that trial separation period or whatever, we worked a lot on ourselves as individuals, but also ourselves as a couple," she continued. "I learned a lot of things for myself during that period of time in my life."

Catelynn and Tyler first got engaged as high schoolers back in 2009, after the birth of their first daughter Carly, whom they chose to place in an open adoption. But by July of 2010, Tyler discovered that Catelynn had hooked up with her ex while the couple was on a break. This triggered yet another break, but the couple got back together soon after.

Then, in 2013, Tyler called off the couple's engagement during an episode of VH1’s Couples Therapy. At the time, Tyler voiced concerns that he would wind up feeling "stuck in this rut forever" if they went through with the wedding. A few months later, you guessed it, the couple got back together. Tyler re-proposed (with a new engagement ring) in an MTV special called Being Catelynn which aired in 2014. Their second child, Novalee Reign, was born on Jan. 1, 2015. After ten years of on-and-off dating, they finally got married in August of 2015. But their struggles were far from over.

The couple went on to face Catelynn's postpartum depression together, as well as a miscarriage, before Catelynn learned she was pregnant yet again with their third daughter Vaeda, to whom she gave birth on Feb. 21. Tyler and Catelynn have overcome huge obstacles together, and they've always relied on intensive therapy and couple's counseling to stay on track. You can see what the next chapter of their lives hold when Teen Mom OG airs Monday nights on MTV.