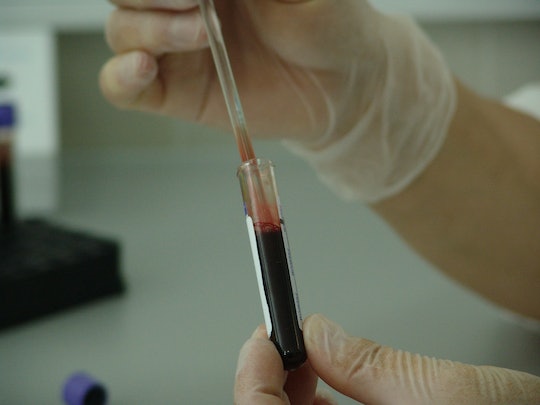 Umbilical Cord Blood Might Be Able To Regrow Brains

We've all been there. There's an urgent need for a mouse brain, but all you have on hand are old mouse brains. What to do? Well, a new study suggests that umbilical cord blood may have crazy revitalizing properties, so if you're in possession of that science lab staple, you might be in luck. Allow me to explain. An increasing number of parents are banking or donating their babies' cord blood these days, because the stem cells it contains can be used to treat genetic disorders, cancers, and anemia. But the plasma, or liquid portion of the cord blood, may also be useful, according to a study by Stanford University School of Medicine neuroscientist Tony Wyss-Coray, The Atlantic reported.

Wyss-Coray and his team collected some fresh human cord blood and some elderly mice, and injected the mice with the separate plasma every four days for two weeks. Wyss-Coray claims that the injections helped rejuvenate their brains, particularly the hippocampi, which play a role in memory. Wyss-Coray told The Atlantic that actually developing a treatment for Alzheimer's and similar conditions using cord blood plasma wouldn't be feasible, but he hopes that a protein called TIMP2, which he believes may be the vital component in the plasma, could be synthesized.

The idea of using the blood of youths to rejuvenate the old is nothing new; the concept has been explored throughout history and pop culture, from Vlad the Impaler to Countess Elizabeth Bathory to the Twilight series and American Horror Story. There's even a pervasive rumor that Rolling Stones guitarist Keith Richards regularly has his blood "changed," or replaced with that of a healthy, young, non-heroin user (he does not). It's an avenue that will likely continue to be explored until it finally yields the desired results: the proverbial Fountain of Youth.

The research was pioneered by French physiologist Paul Bert in 1863, according to The Atlantic, when he surgically connected the blood supplies of two mice. The technique was named "parabiosis." Later, a 1956 parabiosis experiment at Cornell seemed to imply that attaching a younger rodent's blood supply to an older one yielded benefits for the elder. The concept of figuratively sucking the life out of the young to benefit the old might seem fantastical (or unethical), but it's got backing from billionaire Peter Thiel, and if he's ever made a bad investment, I haven't heard of it. He's even been featured on Forbes' Midas List. My advice: Bet on young blood.