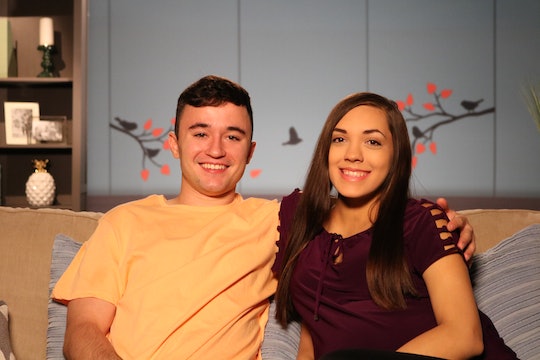 Teens in 2018 Gen Z are digital natives, so it's no doubt that the teens featured on Unexpected have social media accounts. Unexpected star Chloe's Instagram shows just how she's just a regular teen, despite also being a mom.

From her appearances on Unexpected, it's clear that Chloe doesn't pull any punches. She's a 16-year-old from Arizona who became pregnant by her 18-year-old boyfriend, Max. She said that while she didn't feel pressured by Max to have sex, she did it because she didn't want him to break up with her. When Max asked her in the interview, "Are you glad now that we had sex?" Chloe said, "Obviously, I wish I would have waited but you can’t go back in time." Too true.

But while she's now a mother, at the same time, she's also a cheerleader and high school student who was just trying to figure life out. "We were young and dumb," Chloe said about the teen couple's decision to have unprotected sex. She also commented that, "it runs in my family." Both her mother and grandmother were teen mothers.

Chloe's Instagram features her baby, Ava, but it also shows different sides to her personality. She's a mom, but she's also a kid herself.