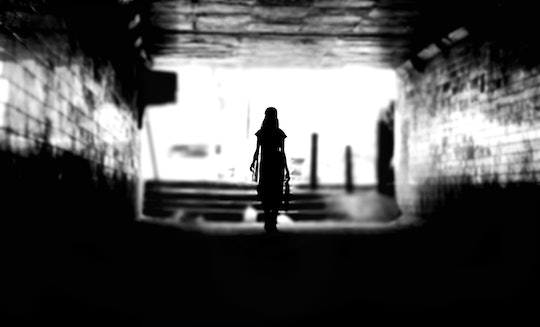 Five plaintiffs have filed a suit against Howard University claiming that their various cases of sexual assault and rape allegedly weren't handled properly by the administration. What's more, a university dean allegedly told a rape victim she "embarrassed" her family in the way that she came forward to voice her story. It's a troubling allegation, to say the least.

In response to the student's claims about the dean, Howard University's Vice President and Chief Communications Officer, Crystal Brown, told Romper in an email:

Sexual assault is a critical issue on campuses across higher education. Howard University takes very seriously all allegations of sexual assault, sexual harassment, domestic violence, and gender-based discrimination occurring on the University’s campus or involving the University’s students. Our commitment is evidenced by our rigorous enforcement of the University’s Title IX Policy on Prohibited Sexual Harassment and Gender-Based Discrimination in Education Program and Activities. The University has been, and remains, committed to diligently investigating any such allegations to ensure a safe and healthy community for our faculty, staff and students.

Brown also noted that "out of consideration for the privacy of all individuals involved, and as a matter of practice, we do not comment on pending litigation."

The cases between the victims, specifically Jane Does 1 and 2, in the lawsuit Jane Does v. Howard, are allegedly linked. Jane Doe 2 told BuzzFeed News that, had her case been "handled the way it was supposed to be handled," then it is her belief that Jane Doe 1 “would've never met her assailant. He would've been dismissed."

The women claimed to have been raped by the same student, and reported these instances, but Howard allegedly did not address these claims until Jane Doe 1 tweeted about the situation. Jane Doe 1's tweets allegedly highlight how the university did not, by her estimations, adequately handle her case. After the tweets, protests emerged on Howard's campus against the administration.

According to the filed complaint, Howard’s Dean of Student Affairs told the student "you embarrassed your family by doing that," regarding her tweets, but it was Jane Doe 1's tweets that reportedly allowed her to identify with Jane Doe 2, who alleges to have been raped by the same student.

BuzzFeed also reported that Jane Does 1 and 2 allegedly suffered punishments for speaking out: "Doe 1 says in the suit she was also fired as a resident assistant after reporting her rape, while Doe 2 says the university took away her financial aid and threatened to refer her debt to a collection agency," the outlet wrote.

In addition to Jane Does 1 and 2, there are three other plaintiffs in the suit. Jane Doe 3 alleges that she did not receive the proper mental health resources needed after reporting a sexual assault. The suit alleges that the university demonstrated "deliberate indifference," to her case, despite her reporting depression and being suicidal.

Jane Does 4 and 5 allege that Howard took too long in handling their sexual assault cases, citing three and seven month timelines, respectively, before any administrative actions were made.

The suit asserts that "the university's actions have exacerbated and extended, rather than corrected, the resulting interference with the educational opportunities of each woman." Linda M. Correia, the attorney representing the five plaintiffs, emphasized the alleged negligence on the university's end in helping the students, noting that "the passage of time is just compounding the harm that they [the plaintiffs] feel."