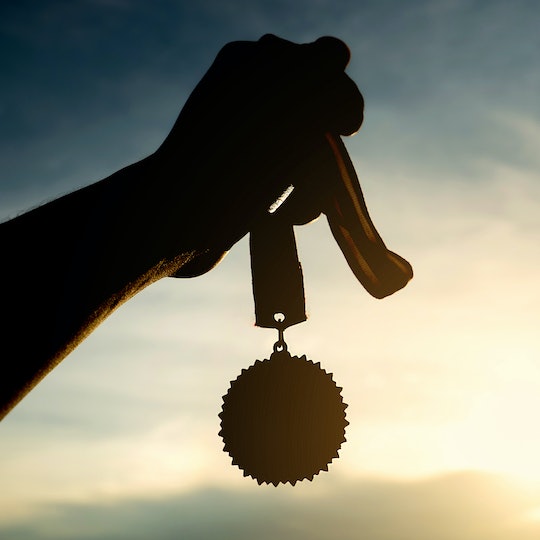 Preparing to compete in the Olympic Games can be an extremely demanding process. Many athletes dedicate their entire lives to the task, putting their bodies through an extraordinary amount of training for their chance to compete. The best moments in Olympic Games history for Team USA are built on intense preparation and training schedules, and many athletes dedicate years of their lives for that one moment of glory.

More Like This
What To Stream Right Now For Kids Who Love History
11 Candid Moments From Prince Harry’s Interview On Dax Shepard’s Armchair Expert
Every Adorable Photo Of Archie We’ve Seen So Far
When Is National Brother's Day?

It takes a truly spectacular person to even make it to the Olympic Games, let alone win. That’s why we’re so proud of Team USA. These men and women represent our country in the world’s most intense athletic competition, dedicating everything they’ve got to bringing home the gold. And throughout the Olympic Games' history, there have been some awe-inspiring members of our team — athletes who have not only shown us tremendous physical strength, but also an immense amount of perseverance and dedication

To celebrate all these tremendous athletes – and their accomplishments at the Olympic Games – we’ve partnered with Smucker’s® Uncrustables® to take a look back at some of Team USA’s glory moments. From true team wins to individual successes, these moments remind us how important the Olympic Games can be — and get us pumped for what’s to come in Rio.

On July 31st, during the Montreal 1976 Olympic Games, Team USA knocked out the competition in the boxing ring – seven times. One of the strongest boxing teams in Olympic Games history, Team USA featured several prolific fighters of the era, who collectively won a whopping seven medals, including five gold.

Something truly unexpected happened at the Lake Placid 1980 Olympic Winter Games. A team of relatively inexperienced players, made up mostly of amateur and college-level players, defeated the Soviet Union's national team. How good was the opposing team, you ask? Well, they had won six of the seven previous Olympic Winter Games, so they were pretty much amazing.

After defeating the Soviet Union, Team USA went on to beat Finland to win the gold medal in Men’s Hockey. You might be familiar with the major motion picture based on this triumph, which was released in 2004.

At the Seoul 1988 Olympic Games, the unthinkable happened to one of Team USA’s male divers. During the preliminaries, he hit his head on the end of the diving board, resulting in a concussion and a cut that later needed five stitches. But there was little time to waste. Less than 30 minutes after taking the hit, our diver decided to continue on with the competition, earning the highest score of the day – and his third gold medal.

Widely considered the greatest team ever assembled in any sport, the “Dream Team” was the nickname earned by Team USA’s Men’s Basketball team for the Barcelona 1992 Olympic Games. It was the first time Team USA ever featured NBA players, including many basketball Hall of Famers. Together, they not only won the gold medal, but completely dominated the Olympic Games. They defeated all of their eight opponents by an average of 44 points: a total slam dunk for Team USA.

Although bobsledding has around since the 1924 Olympic Winter Games, a Women’s Bobsled competition wasn’t introduced until 2002. Not only did Team USA win the gold in it’s first year, they made history: one team member was the first African-American woman to win a gold medal at The Olympic Winter Games. Her first sport of choice was Track and Field, but lucky for Team USA, she was recruited for the Bobsled team.

Team USA brought the heat to the Vancouver 2010 Olympic Winter Games. With 37 medal wins, including nine gold, Team USA broke the record for most medals won by a single country. It was also the first time in over 75 years that Team USA earned more medals than any other participating country.

With the Olympic Games in Rio fast approaching, we can’t wait to see what happens next. Whether they’re dominating the gymnastics floor or taking their skills to the basketball court, Team USA is sure to make us proud this summer, so be sure to keep up with your favorite athletes!

This post is sponsored by Smucker's® Uncrustables® Sandwiches, a proud sponsor of Team USA.