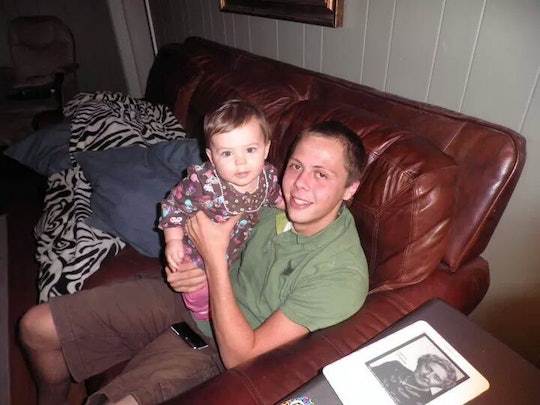 Courtesy of the Andreacchio Family

The Culpable podcast has come to an end, but the investigation into Christian Andreacchio's death is still very much ongoing. The latest update in the Christian Andreacchio case involves a $100,000 for new information regarding his suspicious death. The reward was announced during the finale episode of Culpable, which was released on Sept. 16. The team behind the true crime podcast, all of the private investigators involved, as well as Andreacchio's mother, Rae, are all hopeful that the reward will draw out any and everyone who might know more about the circumstances surrounding Andreacchio's death.

Andreacchio was 21 years old when he was found dead from a gunshot wound to the head in the bathroom of his Meridian, Mississippi apartment on Feb. 26, 2014. At the time his death was ruled a suicide after a 45-minute investigation by the Meridian Police Department, but the Andreacchio family has diligently maintained that he died due to foul play not only because of suspicious circumstances surrounding his death but also the physical evidence that has since been discovered by several private investigators and forensic experts.

Unfortunately for the Andreacchio family, the case for his death remains closed after five years of fighting for justice. But, the family has proven they will not be backing down any time soon.

The reward for new information regarding the death of Andreacchio is yet another attempt to get the case to be reopened by the Meridian Police Department. Included in the $100,000 is $50,000 for any new information that leads to an arrest, as well as an additional $50,000 if a conviction follows. All tips regarding the death of Andreacchio can be submitted here.

More information about the reward below:

Christian Andreacchio was a loving son, brother and friend. After more than 5 years, not only will Rae and the Andreacchio family never forget, but they will never stop their pursuit of justice in Christian’s case. His story will continue to be told, and he will always be remembered. We will not give up our pursuit of justice in Christian’s case either, which is why the Culpable team is raising the stakes. It’s our understanding that new evidence could lead to this case being reopened, so we at Black Mountain Media and Tenderfoot TV, are offering a reward of up to $100,000 for new information that leads to an arrest. $100k could change your life, and your tip could lead to justice for Christian and closure for the Andreacchio family.

You can also submit information directly via email (tips@blackmountainmedia.net) or by calling (470) 300-4915, as noted on the website.

District Attorney Kassie Coleman released a statement claiming she would have the Andreacchio case reopened — but only if new evidence was provided, as reported by the Meridian Star. The statement was released on Aug. 21 after the success of Culpable gained national attention and shined a spotlight on the suspicious circumstances surrounding Andreacchio's death. While the Andreacchio family would love to have the case reopened and, eventually, resolved, Christian's mother, Rae, has made it very clear she does not want DA Coleman involved. "I do not want her to touch my son's case," Rae told the Meridian Star in an interview on Aug. 23.

To catch up on Culpable, you can stream all fifteen episodes on the podcast's official website.