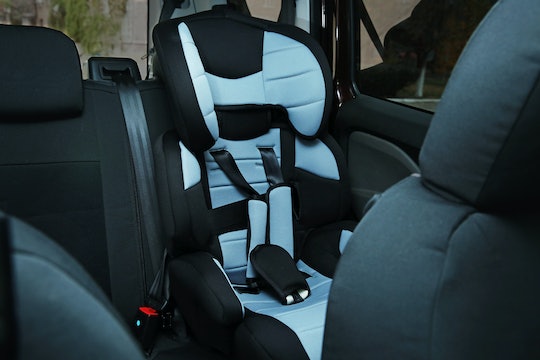 No parent ever thinks it will happen to them, but the updates on hot car deaths in 2018 make it clear that better technology and education are in order, because the statistics show that these preventable tragedies are on the rise. According to CNN, 21 states have enacted laws in an attempt to prevent hot car deaths, but clearly, that's not working. Of the 742 cases of pediatric vehicular hyperthermia in the United States between 1998 and 2017, 55 percent of kids were forgotten by their caregivers, 27 percent gained access to the car without an adult knowing, and a shocking 18 percent were deliberately left in the car alone, according to CNN.

Of the 18 percent who knew the child was in the car, the vast majority didn't do so with malicious intent, according to CNN. Typically, parents or caregivers only intended to leave the child for a brief moment while they ran into a store, for example, but misjudged how quickly the car would heat up. On an 86-degree day, the temperature inside a car can go up by as much as 19 degrees in just 10 minutes. Children's bodies also overheat faster than adults', making them more susceptible to injury or death from being in a hot car.

There have already been 17 pediatric hot car deaths in 2018, according to NoHeatStroke.org, and we're not even into July, which is statistically the most dangerous month. The number of victims has been on the rise, as well; there were 24 incidents in 2015, 39 in 2016, and 42 in 2017. And it's not just babies who can be forgotten or trapped in cars; while 32 percent of victims were under a year old, more than half of them were between ages one and three, and the rest were even older. NoHeatStroke.org has issued the following recommendations:

Never leave a child in an unattended car, even with the windows down.

Be sure that all occupants leave the vehicle when unloading. Don't overlook sleeping babies.

Always lock your car. If a child is missing, check the car first, including the trunk. Teach your children that vehicles are never to be used as a play area.

Place your purse or briefcase in the back seat as a reminder that you have your child in the car.

Make "look before you leave" a routine whenever you get out of the car.

Have a plan that your childcare provider will call you if your child does not show up for school.

An average of 37 children die in hot cars every year, according to Safe Kids Worldwide, and they're all preventable. In addition to echoing NoHeatStroke.org's tips, the organization also advises bystanders who spot a child alone in a car to get them out immediately, and call 911 if they're unable. If your child goes missing, swimming pools, vehicles, and trunks should be the first places that you look, because every second counts. And if you're just as likely (or more likely) to forget a teddy bear or a purse in the backseat, try creating a reminder on your phone or work computer to make sure that you've dropped your child off at school or day care.

Children's body temperatures increase three to five times faster adults', Sate Kids Worldwide cautions. When they reach 104 degrees, their internal organs begin to shut down, and 107 degrees can be fatal. If you find your child — or any child — in a hot car, check for signs of heatstroke. The the Centers For Disease Control lists the following symptoms: hot, red, dry, or damp skin; a fast, strong pulse; dizziness; headache; nausea; confusion; or losing consciousness. If any of these are present, call 911 right away, and cool them down immediately. Let's end the upward trend now.

More Like This
Two Young Children Have Been Hospitalized Because Their Formula Is Out Of Stock
Spain Could Offer Up To 5 Days Of Menstrual Leave A Month & It'd Be A Game Changer
This Free Website Connects Parents Who Need Formula With Those Who Have It
Parents Will Demand $675,000 From Son & Daughter-In-Law If They Don't Have A Kid Soon