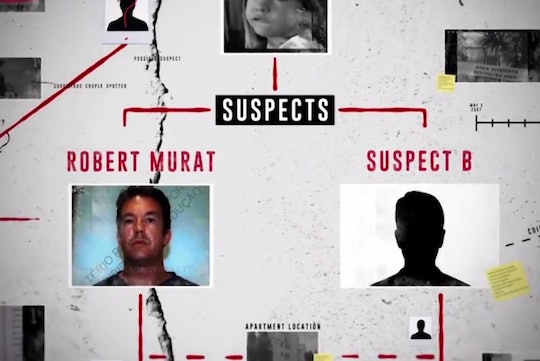 Here's What We Know About The Madeleine McCann Case

Madeleine McCann was only 3 years old when she vanished without a trace during a family vacation to Praia da Luz, Portugal in 2007. She was allegedly taken from her bed as she slept. Since then, her disappearance has become a global fascination, and now that a new Netflix documentary is delving into a host of new theories, eyes are once again on the McCann family's desperate search. But true crime fans want to know — have there been any updates on the Madeleine McCann case since her 2007 disappearance?

To coincide with the 12-year anniversary of Madeleine's disappearance, Netflix debuted The Disappearance of Madeleine McCann, an eight-part documentary series that features over 40 contributors including investigators, interviews, and never-before-seen footage, according to PopSugar. This series is the latest in a slew of true crime documentaries, a genre that has exploded in popularity since shows like Making a Murderer debuted on Netflix.

In what's been touted as one of the world's highest profile missing person's case, Madeleine went missing from her bed while vacationing with her parents, siblings, and friends in Praia da Luz, Portugal, back in 2007, according to People. She was sleeping in the same room as her siblings while her parents and their friends were having dinner at a tapas restaurant very close to their room.

Following her disappearance, one witness claimed they saw a man holding a little girl and crossing an expanse of green lawn towards the beach, Irish outlet The Journal reported. Others could not confirm or deny the sighting.

And one of the most prominent and horrific theories of her abduction was that she was taken by those in a sex trafficking ring, according to People. Trafficking in Portugal is still on the rise, according to the Portugal News.

According to People, Jim Gamble, the child protection officer originally assigned to the case said:

I absolutely believe that in my lifetime we will find out what has happened to Madeleine McCann. There’s huge hope to be had with the advances in technology. Year on year, DNA is getting better. Year on year, other techniques including facial recognition are getting better. As we use that technology … there’s every likelihood that something we already know will slip into position.

Early suspicion fell on the parents, but they were later cleared, according to Inside Edition. In an effort to find their little girl, Kate and Gerry McCann founded the Find Madeleine Campaign, but since her disappearance, several new cases have been opened and closed with no luck finding the little girl.

While Portuguese police closed their case in 2008, it was reopened in 2013 citing new evidence, according to Inside Edition. In 2011, Scotland Yard launched an investigation which focused on "a criminal act by a stranger," according to The Telegraph. The investigation wound down in 2015 with nothing to show for the efforts — and no new information on Madeleine's whereabouts.

The 10th anniversary of McCann's disappearance came and went. Right before the debut of Netflix's documentary, the McCanns made a statement to the Daily Star saying:

We did not see — and still do not see — how this program will help the search for Madeleine and, particularly given there is an active police investigation, it could potentially hinder it. Consequently, our views and preferences are not reflected in the program. We will not be making any further statements or giving interviews regarding this program.

If there's one thing viewers can take away from the documentary, it's the incredible amount of inconsistencies from the stories of witnesses to the way the police conducted their initial investigation, according to Digital Spy. Interference from so-called internet sleuths and amateur investigators also could have potentially hindered investigations.

As of today, there is still no sign of Madeleine and no new solid leads have been discovered since her disappearance. According to the BBC, Rowley did say, back in 2017, however: "I know we have a significant line of inquiry which is worth pursuing, and because it's worth pursuing it could provide an answer, but until we've gone through it I won't know whether we are going to get there or not."

Despite everything, her parents have not lost hope. In the meantime, it seems that investigations are still moving forward, despite the lack of new evidence. A parent's hope is never lost.