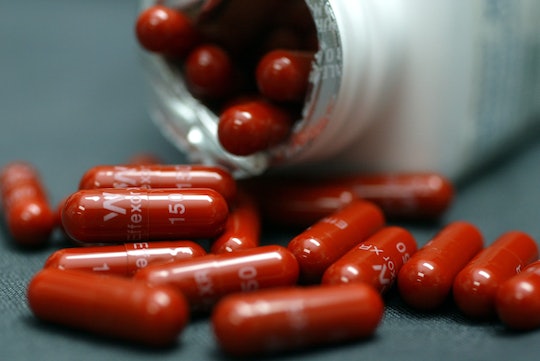 Study: No Link Between Antidepressants & Autism

Thanks to a new, large scale study out of Indiana University, it looks like using antidepressants during pregnancy does not cause autism or ADHD, and it is much safer than previously assumed. This is good news, since depression affects about one in 10 women of child bearing age, so prospective moms may not have to choose between going off of their medication or having a healthy baby. However, researchers warn that there are still other risks.

More Like This
Can You Sunbathe During Pregnancy?
New Report Finds A Known Carcinogen In Popular Sunscreens
Does Your Babysitter Need To Wear A Mask? Here's What The Experts Say
Here’s What We Know About Vaccinated Teens Developing Heart Conditions

The study itself was huge. Researchers looked all live births in Sweden between 1996 and 2012, around 1.5 million babies. They controlled for genetics, antidepressant use, and even the mother's age during pregnancy, since that can also have a factor on an infant's health. They found that whenever there was a higher risk of ADHD or autism, researchers found that the outcome was linked to genetic or environmental reasons — not the mother's antidepressant use. Or the fathers' use of antidepressants, either, which is something that the researchers also factored in. Researchers said that 82 percent of the antidepressants examined in the study were common selective serotonin reuptake inhibitors (SSRIs), like Prozac or Zoloft.

Still, while the study shows that there is no link to autism or ADHD, the risk for premature birth is still 1.3 percent higher than in women who take antidepressants.

The findings were consistent with other studies done recently on the link between ADHD and autism and medications. Brian D'Onofrio, a professor in the IU Bloomington College of Arts and Sciences' Department of Psychology and the lead author of the study said in a statement:

The ability to compare siblings who were differentially exposed to antidepressants in pregnancy is a major strength of this study. Most analyses rely upon statistical matching to control for differences in factors such as age, race and socioeconomic status.

In fact, when you take away the controls for siblings and other familial factors, the risks for premature birth, low fetal development, ADHD, and autism, is about 2 percent higher. But that's leaving out a lot of information.

D'Onofrio added that the decision to stay on medication is a personal one and should always be made with the consultation of their doctor. "However, this study suggests use of these medications while pregnant may be safer than previously thought," he added. This was a large, sprawling study that accounted for all the factors that could contribute to autism or ADHD, but D'Onofrio called it the "strongest study" ever done on the topic.

It's scary to think that the treatment for your mental health could hurt your infant, but this study should alleviate some of those fears.