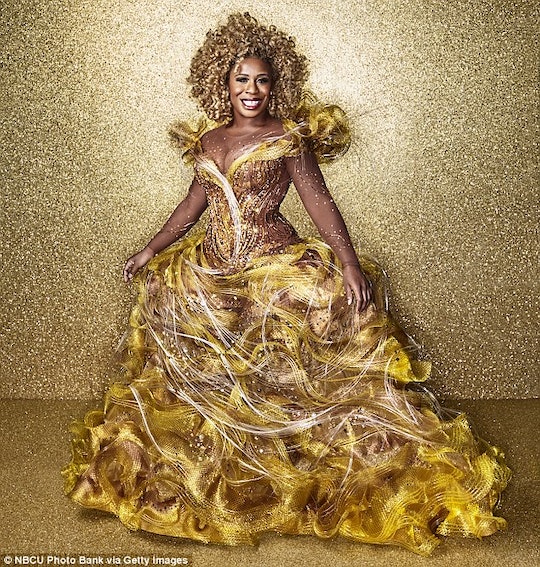 Uzo Aduba Proved She Can SING With Her 'The Wiz Live!' Performance

Okay, so I've only ever seen Uzo Aduba as Crazy Eyes on Orange is the New Black, so when Aduba performed "Come Out" on The Wiz Live!, I was totally shocked. I always loved her on Orange Is The New Black, but I had no idea she had those pipes on her. And I'm sure Aduba as Glinda the Good Witch left a bunch of the TV show's fans just as surprised as I was. Sure, I knew she would be singing on the live musical production (because, of course), but I didn't know just how much she would be singing.

Aduba — who won the Emmy two years in a row with her performance on Orange Is The New Black — played Glinda, the Good Witch of the South on The Wiz Live!. Her character finally explains the magic of the slippers to Dorothy before belting out "Come Out Wherever You Are" — at which point, the Internet collectively lost its shit and fell in love with Aduba all over again. I mean, how could they not? We're talking about a woman who can act, who can deliver a heart-wrenching speech, and, now, as we all know, can sing. Could perhaps another Emmy be on its way next year?

Vulture described perfectly how we all felt as soon as Uzo descended on the stage.

But, even if Orange Is The New Black fans might be surprised by her voice, it turns out Aduba has been known for her singing for quite a while (even if I wasn't paying attention). Here she is, singing "White Horse" with Taylor Swift. WHAT IS LIFE?

Not only does she join pop stars on stage, but she sings opera on The View:

I don't think anything will top that performance on The Wiz Live!, though. That was like Christmas. And it seems like the world agrees:

I mean, Aduba can now do whatever she wants. Put out a CD? We'd buy it. Take on every Broadway show? We'd watch. Keep it coming, Aduba, hopefully in an equally spectacular costume.