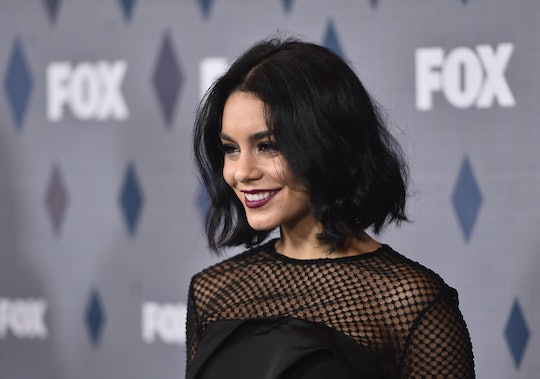 After a heartbreaking battle with cancer, actress Vanessa Hudgens' father, Greg Hudgens, died this past weekend at the age of 65. Entertainment Weekly reported the news on Sunday morning, citing a post on Hudgens' official Twitter account. Hudgens, who is set to debut as Rizzo in Grease: Live on FOX, wrote in the post that her performance on Sunday evening would be dedicated to her father.

On Sunday afternoon, Hudgens tweeted, "I am so sad to say that last night my daddy, Greg, passed away from stage 4 cancer. Thank you to everyone who kept him in your prayers." Following up from her first post, Hudgens wrote, "Tonight, I do the show in his honor."

Hudgens first let fans know of her father's illness in July 2015 when she Instagrammed a photo of her with her father and asked for prayers of healing for the former firefighter. She didn't specify his illness until the following month when she attended the 2015 Dance Industry Awards, a ceremony which helps to raise money for The Circle of Hope charity, an organization that supports cancer survivors who dance. Hudgens spoke briefly about her father while accepting the award for Breakthrough Performer, saying,

Last year, my boyfriend, Austin, lost his mom, Lori, to cancer, and my dad has just been recently diagnosed with stage four cancer. And let me tell you, I hate cancer. I hate cancer with every cell of my being. So I think this award, it means a lot to me, but I dedicate it to my boyfriend's mom, Lori, my dad, and to all the families out there who are struggling with this, because it really takes a strong person and a strong family to to be able to help those out who are going through this.

Hudgens again acknowledged her father's declining health in a tweet on Jan. 24. "Hey guys," she wrote. "My dad isn't doing too well. Please say a prayer for him! It would mean a lot to me."

Hudgens will play Rizzo in Grease: Live on Sunday night, where she'll be joined by castmates Julianne Hough (Sandy), Aaron Tveit (Danny Zuko), Keke Palmer (Marty), Carly Rae Jepsen (Frenchy), and Kether Donohue (Jan). (The show will air at 7 p.m. ET on FOX). People reported that Hudgens was excited to take on her role Rizzo, the tenacious leader of the Pink Ladies.

Hudgens is showing her own strength by moving forward with her performance, but she's got plenty of support from the entertainment community. Even fellow High School Musical alum Monique Coleman sent a message to the Hudgens family on Twitter. "My deepeset condolences @VanessaHudgens @stellahudgens," Coleman wrote on Sunday. "I love you both so much! You're in my thoughts & prayers."

Though it will certainly be a difficult night for Hudgens, she seems to be keeping herself together well in the moment and celebrating what's ahead. In another tweet Sunday afternoon, she shared a photo of the Pink Ladies, writing, "Tonight's the night!"

Rizzo is usually a tough character to love. But tonight, everyone will be in her corner.