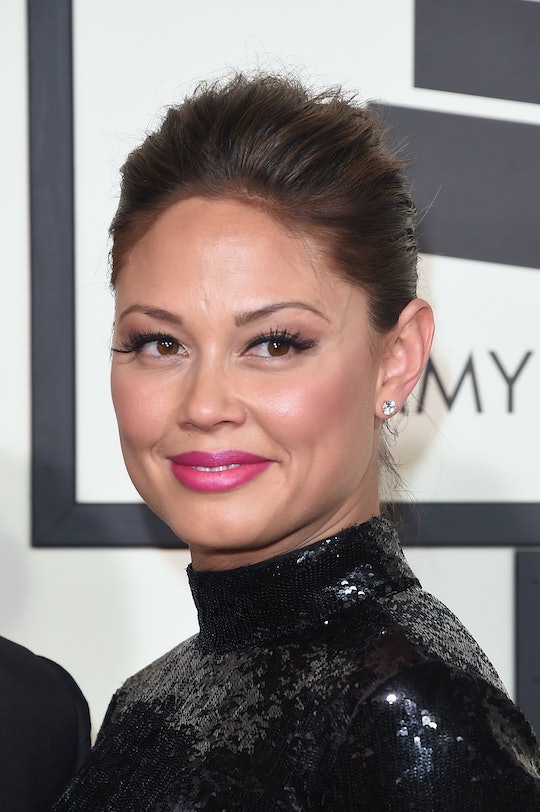 The most emotional week on Dancing with the Stars is always "Most Memorable Year," for obvious reasons. This is the episode where all of the stars open up about their most emotional and meaningful moments in their lives. This season, Vanessa Lachey opened up about her son's premature birth on Dancing with the Stars and now everyone is crying. For the entire time she's been on the show, Lachey has been clear that her family is the single most important thing in the world to her. And that showed especially clear in her most memorable year.

Lachey chose 2017 as her most memorable year, as that was the year that her youngest son, Phoenix Robert Lachey was born. Lachey and her husband Nick Lachey (from the band 98 Degrees, maybe you've heard of it) were married in 2011, and already had two healthy children, Camden and Brooklyn, when they became pregnant with their third. But as Nick described in Vanessa's opening video package, these pregnancies were perfectly healthy and normal, so they assumed that the third would be as well. Unfortunately, Phoenix was born very prematurely, which meant that for a while, the family's whole lives were thrown into incredible turmoil.

Lachey opened up about all the harrowing details of her experience, starting with her own difficult childhood. "When I was eight my mom left me with my father on his doorstep and just never came back," she revealed. "My upbringing is the reason why family is so important to me." Lachey's deep love for her husband and her children definitely shows in her dancing and everything that she does. She went on to describe how when she was in the hospital on bedrest, her water suddenly broke when she was only 29 weeks. She then talks about waking up in the hospital without a single familiar face around her, and wanting only to make sure her son was safe. "And I remember thinking I hope the baby's ok and don't worry about me. Just make him OK." Luckily for everyone, and to keep this story from crushing all of us, the baby was just fine. Today, Phoenix is a healthy baby boy just like his older brother and sister.

But in case you weren't experiencing enough feelings right now, Lachey danced her Rumba to her husband Nick's own song called "Godspeed (Sweet Dreams)." She said, "The thing that got me through it was this song," continuing, "We just found such peace and love and solace together." So that's why 2017 is her most memorable year. It is the year, as she describes it, that her family was complete. Luckily, Phoenix is now a perfectly healthy baby boy, and the judges were moved by his miraculous story as well.

Judge Carrie Ann Inaba, though pointing out a couple of small flaws in the dance's execution, praised Lachey for how deeply she seemed to feel the music and the performance, calling it a "beautiful beautiful expression of motherhood." Bruno Tonioli said, "You danced beautifully and I really loved it," in a rare moment of subdued sincerity. But it was host Tom Bergeron who asked what I was most curious about, asking how she remembered the steps to her dance when she's actually remembering all these highly emotional moments. And, of course, Lachey had the perfect answer.

"I don't think you remember a routine and that's the beauty of dance. You feel it," she said. I feel pretty confident in saying that we were all feeling that one. Even Maks, a new father himself, admitted that this was the first time he'd ever cried before a dance. Don't feel bad, Maks, we're all crying right now. I just hope that next week's performance is a little less emotionally draining.