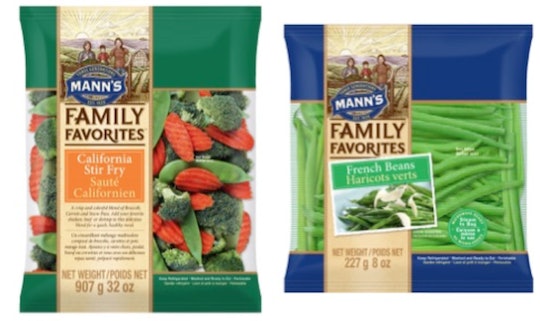 Concerns surrounding a possible listeria contamination have caused a produce manufacturer to voluntarily recall more than a hundred vegetable products, the U.S. Food and Drug Administration (FDA) announced this week. Mann Packing Co., Inc. has recalled some 140 vegetable products sold to retailers in both the United States and Canada.

While public health officials have not reported hearing of any cases of illness associated with any of the recalled products, a press release from Mann states the recall was a response to notifications regarding a potential Listeria monocytogenes contamination from both the FDA and the Canadian Food Inspection Agency. "Mann Packing is issuing this recall out of an abundance of caution," the manufacturer said on Nov. 3. "Listeria monocytogenes is an organism which can cause serious and sometimes fatal infections in young children, frail or elderly people, and others with weakened immune systems."

Listeria contamination is estimated by the U.S. Centers for Disease Control and Prevention (CDC) to be the third leading cause of death from food poisoning in the United States. While typical symptoms can include fever, headache, stiffness in the body, nausea, abdominal pain, and diarrhea, the bacteria can lead to more serious issues in pregnant women, including miscarriage, stillbirth, and preterm labor. Additionally, the CDC notes that pregnant women are 10 times more likely to contract a Listeria infection than the average person.

The now-recalled vegetable products were packaged for multiple different stores under a variety of names, including HEB, Hungryroot, Kroger, Marketside, O Organics, Signature Farms, Trader Joe's, and Del Monte, according to the manufacturer. That being said, Mann has noted that all of the recalled vegetable products have a "Best If Used By" date that ranges from Oct. 11 to Nov. 16.

According to the FDA, Mann's recall has so far spurred at least two additional recalls from Wegmans and GHNW, LLC. Both companies announced their recalls Tuesday. Wegmans has recalled the Veggie Power Blend and Tofu Shiitake Slaw it sold on its self-serve cold bar from Sep. 29 to Nov. 4. GHNW, LLC, a company located in Clackamas, Oregon, has recalled both its 10 oz. tray of Mushroom Stir Fry Blend along with a 16 oz. tray of Stir Fry Blend as both were made with Mann's Broccoli Slaw. Both products were reported to have been sold at QFC and Fred Meyer stores in Oregon and Washington state with a "Sell By" date ranging from Oct. 27 to Nov. 8.

In a statement put out earlier this week, Mann Packing Co., Inc. said it "will continue to work closely with the authorities to investigate the issue" behind the potential contamination. Concerned consumers are directed to reach out to Mann through either their 24-hour customer service line at 1-844-927-0707 or through email at consumers@mannpacking.com. With all this said, be sure to have a close look at the produce in your fridge and, as they say, when in doubt, throw it out.