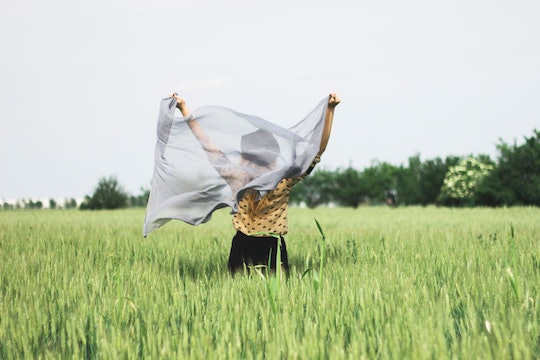 There are only a few more weeks left in 2018, which means we almost survived another year of wild astrological events. It seemed like a planet was in retrograde every other week, and I for one was exhausted trying to figure out why my emotions felt all over the place for much of the year. Venus retrograde, which lasted for six weeks from October 5 to November 15 was particularly impactful, sending all kinds of crazy vibes into your love life and financial decisions. But that particular celestial event won't happen again until 2020, and here's what its absence means for 2019.

Part of the reason Venus's movement was such a big deal this year is because it retrogrades less often than any other planet, as Astrology King explains — once every 18 months, which is super infrequent. For comparison, Mercury just finished its third retrograde of the year according to Bustle. Venus retrograde happens relatively rarely (the next will be in May 2020, according to AstroSeek), so you can feel its influence most strongly of all the planets. And since it's the official planet of romance and money, per Astrology.com, you probably noticed some impact on your love life and wallet during its reversal this fall.

Whether the intensity a Venus retrograde brings for you is positive or negative depends on your sign and the state of your romantic relationship and financial situation, but it's known to cause many people to feel the urge to reconnect with people from their past including friends and lovers, according to AstroButterfly. (Let me know how that worked out for you now that Venus is back where she belongs.)

So what does a lack of Venus retrograde in 2019 really mean? Even though the planet won't be coming in like a wrecking ball, you can use the insights you gained from its 2018 movement to understand your love life better and take a critical look at your life: "Not only do we have the chance to untangle old pains and traumas, we may also look at any patterns that have been reemerging in our lives again and again," as Ethereal Culture explains. So even though you might have felt a lot of romantic or sexual passion during the planet's movement, you also might have ultimately come out having a better understanding of yourself. Harness these new realizations and break the bad patterns you've been repeating in relationships, or you'll just have to go through it all over again in 2020. The same goes for money: if you made some riskier choices during those forty days this fall, try to get in the habit of making responsible choices in the coming months so you aren't as impulsive the next time Venus makes a move.

And though Venus won't be in retrograde any time soon, the same can't be said for the other members of our solar system. All of the planets besides Venus and Mars will reverse their normal paths in 2019 according to Tarot Astrology, so you can still expect some pretty intense emotional changes in the coming year. First up? Watch out for Mercury Retrograde in Pisces March 5 through 28, via Yearly Horoscope. Pisces season awakens your intuition, per Astrology.com, so get ready to feel all the feelings.