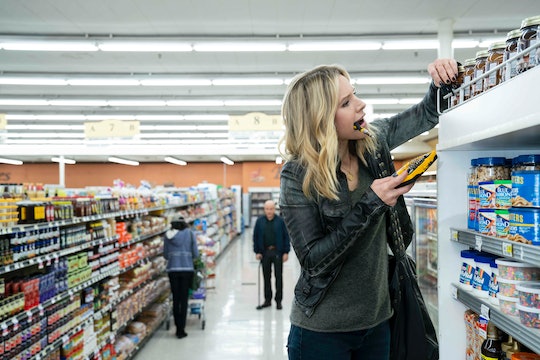 Veronica Mars is staging a comeback 15 years after the original first premiered and was canceled a mere three seasons later. If you missed out on the series the first time around or just haven't watched it since before Twitter was invented, Veronica Mars Seasons 1-3 come to Hulu on Jul. 1, which will give you nearly four weeks to catch up before the reboot drops on Jul. 26.

Back in 2014, fan fervor for the cult classic after its untimely demise launched a successful Kickstarter to fund a moderately well-received Veronica Mars movie, giving the characters a more satisfying ending. But in 2018, Hulu announced that it would revive the series for an eight-episode fourth season with the original cast and creative team, much to fans' delight.

The pilot episode, which aired way back in 2004, followed a high school-aged Veronica as she went to school by day but moonlighting as a brilliant teen PI. Per the trailer for Hulu's revival, Veronica is now all grown up and a professional private investigator working alongside her dad. (Plus, she has much better hair now.) She returns to her wealthy seaside hometown of Neptune, CA to investigate a series of bombings more than a decade after the show last left off.

According to Hulu's synopsis of the season:

Spring breakers are getting murdered in Neptune, thereby decimating the seaside town’s lifeblood tourist industry. After Mars Investigations is hired by the family of one of the victims to find their son’s killer, Veronica is drawn into an epic eight-episode mystery that pits the enclave’s wealthy elites, who would rather put an end to the month-long bacchanalia, against a working class that relies on the cash influx that comes with being the West Coast’s answer to Daytona Beach.

Returning cast members on the project include Jason Dohring (Logan Echolls), Enrico Colantoni (Keith Mars), Percy Daggs III (Wallace Fennel), Francis Capra (Eli "Weevil" Navarro), and Ryan Hansen (Dick Casablancas), most of whom are still best-known for their work on Veronica Mars. Patton Oswalt and J.K. Simmons are among the high-profile new additions joining the Veronica Mars universe for Season 4. Of course, the series was Kristen Bell's breakout role before she went on to star in a slew of rom-coms, voice Anna in the Frozen franchise films, and finally return to television, first in Showtime's House of Lies and later on NBC's critically acclaimed The Good Place.

One original cast member who won't be returning to the project is Tina Majorino, who played Veronica's tech guru Mac. According to TVGuide, series creator Rob Thomas explained at the ATX Television Festival in June that Majorino had a scheduling conflict which precluded her from participating in the reboot.

Unlike the movie, which was about providing a sense of closure for the characters, Thomas told TVGuide that he "didn't want [the reboot] to be about nostalgia," adding, "I want it to be really geared toward the mystery in this." Based on the trailer, Season 4 does really seem true to the original mystery-solving spirit of the show. Whether it can bridge a decade-long gap in a way that appeases fans, however, remains to be seen.