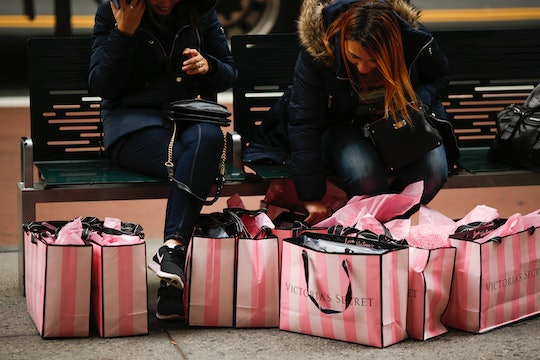 I actually love Valentine's Day. I know it has a bad reputation, but think of it this way: even if you don't celebrate it with anyone other than yourself, who doesn't love the discounted chocolates on Feb. 15? How can you say no to almost free roses a day later? You can't. It's nearly impossible. Other things go on sale as well, like the ever-beloved lingerie of Victoria's Secret. I confess, my lingerie wardrobe is, as a friend told me, abysmal. So I'm taking my money and finding the best picks from the Victoria's Secret Valentine's Day 2018 Sale.

This year, they're offering 40 percent off some of their most popular styles. Everything from babydoll style negligees to saucy one-piece numbers that reveal more than they cover. All told, there's a lot to love in this year's sale. The sheer enormity of choice is staggering, and to be honest, I'm a trifle overwhelmed. Thankfully, the layout of the sale is such that you can determine which is online-only, and which pieces are available in stores, so that if I choose to head into one of their brick and mortar locations, I will have a head start on finding what I want and determining what I want to try on. This is especially good so I don't have to put a serious dent in my sexy-time budget. (Which has previously only allowed for Netflix and chill.)

More Like This
Here's What Pregnant People Actually Want For Valentine's Day
40 Valentine's Day 2023 Outfit Ideas
Fun, Sexy Maternity Lingerie, For When The Mood Strikes
15 Ridiculously Cute Valentine's Day Squishmallows
What Parents Are Talking About — Delivered Straight To Your Inbox