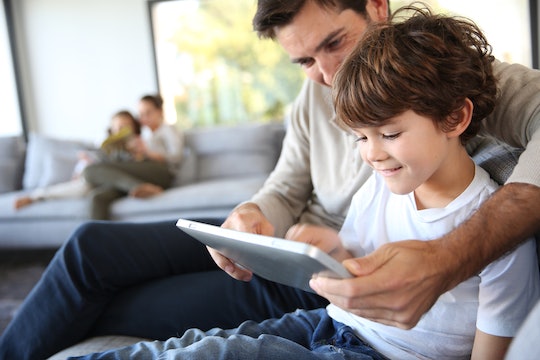 For parents looking to help their children more effectively manage symptoms of ADHD, a new study has revealed another nonpharmacologic solution to consider. Though it may seem counterintuitive, video games might be an alternative therapy for kids with ADHD, research released on Thursday from Duke University revealed.

The study, published by Dr. Naomi O. Davis, Dr. Jeffery Bower and Dr. Scott H. Kollins, tested 40 children with psychiatrist-diagnosed ADHD and 40 without any psychiatric disorder, whose average age was 10.4 years old. They were given a mobile-device-based game to use for 28 days. The findings showed that 84 percent of treatment sessions showed "strong intervention appeal," and "significant improvements" were seen in the group with ADHD, though there was no change for the group without ADHD. In addition, it was noted that working memory improved for the group with ADHD.

Psychiatry Advisor reported that the mobile game solution could be a welcome modality for kids who would adapt easily to gaming, as well as for parents looking for alternatives to drugs that have "limited efficacy and adverse effects," which include but are not limited to Ritalin or Adderall. The report also noted that even if a pharmaceutical therapy is effective, research shows that 50 percent of patients will stop taking medication due to side-effects, regardless of how severe their symptoms may be presenting.

Kollins, one of the lead doctors on the study, said in news release that this could be a breakthrough in the field of "digital medicine." He explained that gaming addresses a "key deficiency" in ADHD that standard treatments do not address right now, according to Psychiatry Advisor. The study leaders were also encouraged by the fact that the solution seemed more sustainable than others in the past. Kollins said, according to Psychiatry Advisor:

The objective improvements of attention observed in the study suggest that AKL-T01 addresses a key deficiency in ADHD that is not directly targeted by standard treatments. Since the active control group in this study also played an engaging video game, we are encouraged that the statistically significant group differences were driven by the therapeutically active component in AKL-T01 and not just the video game experience.

What is digital medicine? It refers to the shifting nature of the medical field, and the idea that technology can create "more precise, more effective, more experimental, more widely distributed, and more egalitarian than current medical practice," the US National Library of Medicine National Institutes of Health reported.

Studies have shown for years that drugs typically taken to treat ADHD symptoms, while sometimes effective, come with a concerning number of side-effects. A study published in The Journal of Child Psychology and Psychiatry explained that drugs like Ritalin and Adderall are not only ineffective for long-term treatment, but use of the medications were associated with disrupting growth and physical development.

Some parents may be wary of utilizing digital gaming for treatment based on the (false) but common idea that gaming is correlated with violence in adulthood, among other negative developmental issues. A study released by the University of York explained that researchers have found "no evidence to support the theory that video games make players more violent," while Parents magazine even noted that gaming can help kids with problem-solving and creativity, interest in history and culture, leadership, community-building, and other positive outcomes.

Regardless of what's best for each individual child, the American Psychiatric Association (APA) says that 5 percent of American children have ADHD, but the CDC actually puts that number at around 11 percent. The CDC has also reported that 2 in 3 children have at least one mental, emotional or behavioral disorder, which means that new research on alternative methods and strategies for improving or at least coping with symptoms should be paid attention to.