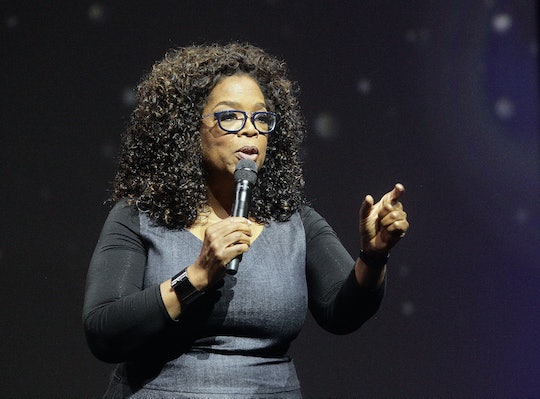 Video Of The Oprah Winfrey Audience Reaction To The O.J. Simpson Verdict Reveals a Divided Public

Oprah Winfrey has long been one of the most important and powerful figures in the media, capturing many a memorable celebrity interview (couch jumping, anyone?) and shining a light on serious issues close to her heart. The Oprah Winfrey Show had been on the air for not quite 10 years when the O.J. Simpson trial started, and when the verdict was read, Winfrey stood with her audience to watch it in real time. The video reveals just how divided the public was on the trial, with a clear split between those who were very happy that he was declared not guilty and those who were certainly less than pleased. Watching Oprah Winfrey's audience reaction to the O.J. Simpson verdict really gives a glimpse back into the mindset of the public at the time.

While things may seem clearer in retrospect, in 1995 the country was truly divided when it came to the trial. Everyone had spent months watching every little development as it emerged, and people were also truly blindsided by the idea that a celebrity of Simpson's stature could have even been suspected of a crime of that nature. There was a real weight and urgency to the proceedings as the trial came to represent a lot more than what the basic facts described. It wasn't just about a man on trial for possibly killing two people; it fed into concerns that still face us today, like domestic abuse, police corruption, and racial tension.

In Winfrey's audience, there are cheers and shouts when the not guilty verdict is read, but the camera also catches more than one shocked, unhappy face. Winfrey herself, maintaining journalistic integrity, is fairly unreadable — but she doesn't look thrilled. She takes the questioning into the crowd to field the happier responses, but when one woman says that she thinks justice was served, there is an audible ripple of disappointment. One such disappointed audience member expresses anger for the victims, particularly Nicole Brown Simpson. It was clear that emotions were running high and that many people had a very personal stake in the case's outcome.

"I believe this is a travesty of the American justice system," says one man in the video below. "This is the epitome of what power and money can do for you. You can get away with the most heinous of crimes. I think time will tell who did it and we will all look back on this day and say the jury made a mistake." It's a fascinating comment to look back on after all this time.

Winfrey herself has stated where she falls on the divide. In an interview with The Hollywood Reporter in 2011, Winfrey said that she had a dream of Simpson confessing the murders to her. She hasn't achieved that goal yet, and it's an answer some people have been waiting decades to hear. People have had 20 years to pour over the details and forge strong opinions, but there's nothing that can really be done to change what happened.