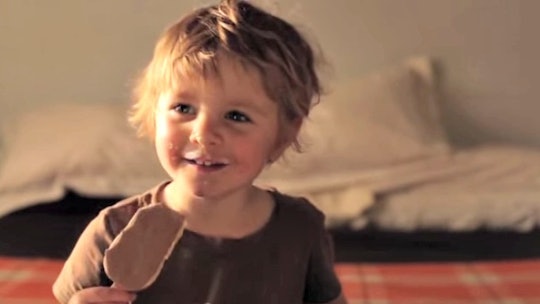 Even though the Supreme Court ruled that same sex marriage was legal a year ago, non-nuclear families still face a ton of discrimination out there in the world. Which is why these videos of kids of gay parents explaining why their families are equal are important for everyone to see. Because kids — of any kind of parents — haven't been socialized to hate or judge, they often just have the most common sense take on the major issues. It's moving, especially from children of gay parents that weren't able to marry before last year, to hear about the everyday BS that same sex couples put up with and and to see how it affects the kids.

Because of course, when it comes to gay marriage, one of the biggest concerns from those opposed to it was that the families just didn't make sense. Who's the traditional "dad" or the "mom?" Of course, those questions are silly, but gay parents hear them all the time. The fact of the matter is that kids with LGBTQ parents are usually just as happy and healthy as any other kid. In fact, sometimes same sex parents mean a more "harmonious" family life, according to a recent study out of the University of Melbourne, that found sharing the traditional roles — instead of divvying them up by gender — means everyone is overall, much more happy.

But these kids could tell you that.

"We Only Have Two Mommies!"

This video was made after the Australian parliament struck down gay marriage last year. Its currently back up for debate.

On Being Bullied For Her Two Dads

Sophia wrote a letter to President Obama about her family and got a response.

The way these children talk about their families, you wouldn't know what gender the parents where.

Is A Gay Family Less Than A Straight Family?

After describing his goals and life after being adopted from Russia, this teen starts to talk about why the struggle for marraige equality affected him so much around the 5 minute mark. (I think you can skim.)

OK — so they aren't talking about their parents. But it's clear from their opinions on same sex marriage that love is definitely just love. No matter who you are. And the one girl's fist bump to "civil rights!" is worth everything.

The good news is that with open, loving, and smart kids like this, maybe we actually are making progress when it comes to LGBTQ rights and fighting discrimination against same sex parents. If these kids have anything to say about it, things might be looking up.