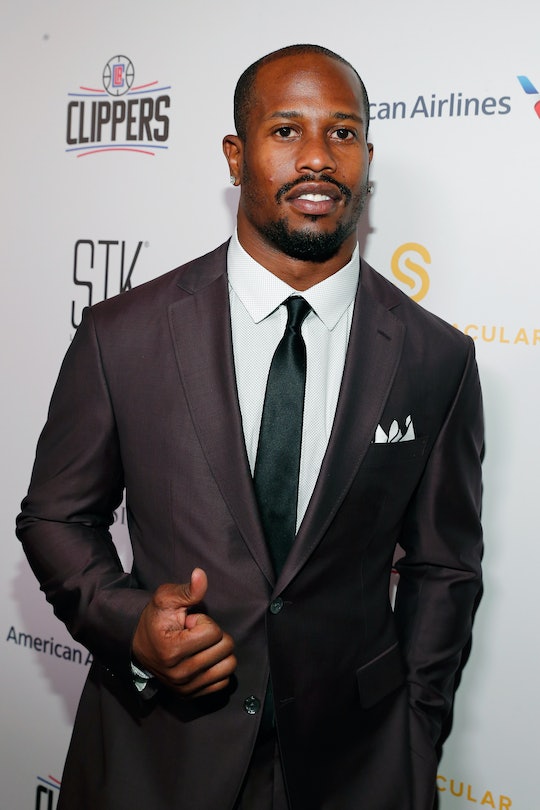 It didn't take long for viewers of the ACM awards to realize that the night was less about country music and more about the fashion. Whether it was Katy Perry's country pop glam ensemble or Miranda Lambert's killer, plunging neckline, one thing was for certain: the ACMs definitely showed off the fact that they know how to bring fashion front and center. To illustrate that point? Von Miller's blazer at the ACM awards was the perfect combination of forward-thinking twang country: a re-defined look that combines the old with the new, the traditional with the cutting edge, and everyone is (or should be) jealous — and he's not even a country-singing star!

For those who don't know, Von Miller is one of two outside linebackers for the current Super Bowl Champions, the Denver Broncos. While Miller isn't sacking quarterbacks with reckless abandon and turning heads at post-game press conferences, he's (apparently) presenting at country music awards and reminding us all that when it comes to fashion, the 6'3'', 250-pound professional football player knows his stuff at a Christian Dior-type level.

Here's a quick look at Miller's badass blazer, in case feeling some fashion-envy on a Sunday night is your thing:

Miller is known for his months-ahead-of-the-trends style, as he has been known to rock a somewhat outlandish look before and after his NFL games. Here are just a few of his most memorable looks, because what's football with a little bit of fashion, right?