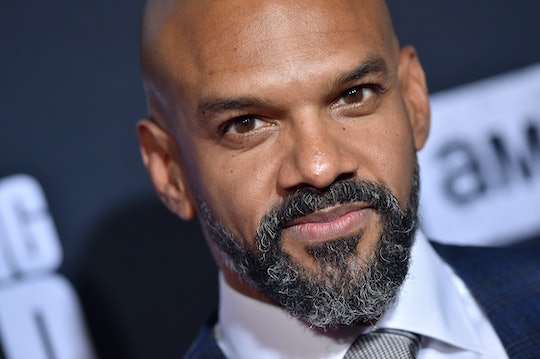 In a series of heartwarming social media posts, Walking Dead star Khary Payton introduced his transgender son to the world with pride. After revealing it had been his son's idea to make his transgender identity public, the 48-year-old actor said there was nothing more beautiful than watching his child experience the joy that comes along with being their true selves.

"This my kid. One of the most happy, well-adjusted individuals I've ever known," Payton wrote Monday on Instagram alongside a photograph of his 11-year-old giving a thumbs up. "My son, Karter."

The actor and father of two went on to reveal his son was transgender and had chosen his own name. "Karter with a K because it reminded him of my name. He chose it," Payton wrote. "You see, he was born female but has always identified as a boy."

Payton said his son "thought it would be cool" if his father revealed his gender identity on his social media channels and hadn't been afraid of facing those who might not support his choice. "I told him that there would be so many supporters but also a lot of jerks who would be harsh," Payton wrote on Instagram and Twitter. "He said, 'Yeah, I know about trolls, daddy. I can handle trolls.'"

While Payton was unfortunately right and there were a small number of people who attempted to deny or debate Karter's identity, most were more than supportive. On Twitter, Star Wars alum Mark Hamill sent Karter a thumbs up of his own in a tweet showing his support. Actress Morgan Fairchild also tweeted "love and hugs to Karter" in response to Payton's news. Other messages of support came from parents who proudly shared photographs of their own transgender or non-binary children.

Like many of those parents, Payton noted how beautiful it was to watch his son be true to himself. "Man, there is nothing more beautiful than watching your child feel the joy of exploring what it means to be true to themselves," the actor wrote. "This is his journey, and I am here for it. I hope you all have the opportunity to feel the unquenchable love that I am feeling right now."