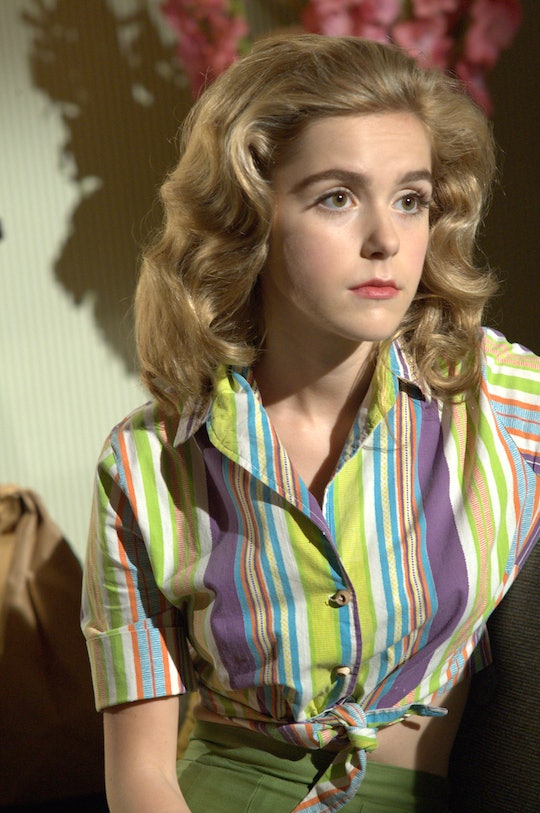 The third episode of Feud, appropriately titled "Mommie Dearest," was all about motherhood. Both Joan Crawford and Bette Davis had complicated relationships with their children that weren't always pleasant (far from it, in some cases) and both of their eldest daughters would end up writing explosive memoirs about their famous moms years later. Those relationships took the spotlight in Episode 3, the difficulties exacerbated for Bette when her daughter B.D. took on the small role of the neighbor girl in What Ever Happened to Baby Jane? But was B.D. really in What Ever Happened to Baby Jane?

Indeed she was. Davis' daughter did play the neighbor girl, though she was credited as Barbara Merrill instead of her commonly used initials; Barbara was her given name and Merrill was the surname of her stepfather, Gary Merrill, who adopted her in real life just like Bette said in Feud. But the circumstances of B.D.'s hiring didn't appear to be nearly as dramatic in reality as they were on the show.

In Episode 2, "The Other Woman," Bette and Joan used their pull to get the original actress playing the neighbor fired for little more than her youth and looks. Apparently there is no record that something like that actually happened in real life. It's difficult to find an account of why B.D. was hired, but for a low budget film with a quick shooting schedule, it might have just been an easy solution to hire the star's daughter since she was already on set all the time.

On the show, Bette wasn't thrilled with the idea of B.D. taking on the role at first, though she decided to allow it to give B.D. a sense of responsibility and something to occupy her time. The trouble was that B.D. didn't inherit any of her mother's acting skills, and could barely say a line in a way that sounded halfway conversational. The storyline was used to dredge up all kinds of issues between mother and daughter: Davis' dismissiveness and occasional accidental cruelty, her problems connecting with her daughter, and the love they shared despite that.

In real life, B.D. was simply not a memorable part of the finished film — neither particularly good nor glaringly horrible. And B.D. didn't seem to take to the profession after her time on set either, because aside from Baby Jane and an uncredited spot in another of her mother's films, she never acted again.