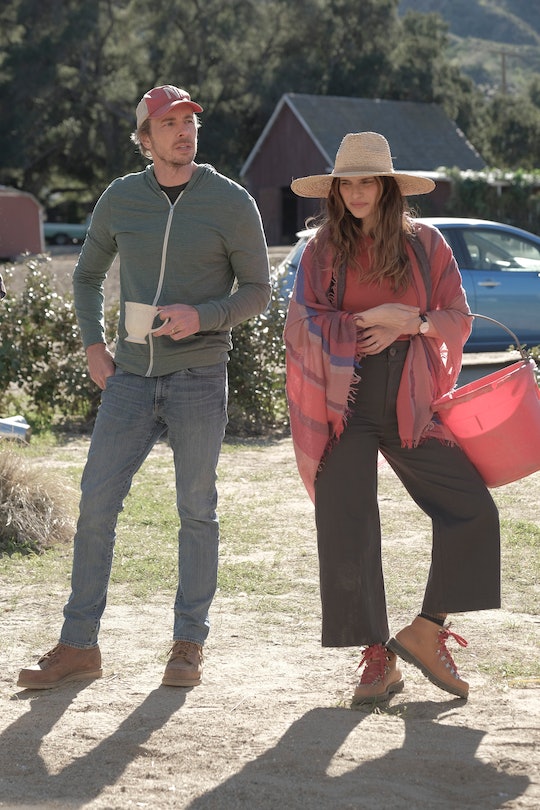 On ABC’s freshman comedy, Bless This Mess, Dax Shepard and Lake Bell are ditching their bustling New York City life to settle into a quiet town in rural Nebraska. After a hilarious (and short) first season, the show is now winding down to a close. If you are hoping to jump back into the farm life with these two city slickers next year, you’re probably wondering if Bless This Mess was renewed for Season 2.

Early in May, ABC announced that they would be renewing the comedy for another season. According to Deadline, in its first six-episode season, Bless This Mess did considerably well in terms of viewership and ratings, and showed consistent audience growth. The series was created and executive produced by Bell and Elizabeth Meriwether (New Girl), and stars Bell and Shepard as Rio and Mike, a newlywed couple who have high hopes of living it up as farmers in Nebraska.

But as they try to adjust to the rural life, Mike and Rio realize things aren’t going exactly as they expected. Along the way they meet colorful characters like their neighbors, Beau (David Koechner) and Kay (Lennon Parham) Bowman, who are constantly pressuring them to sell their ranch. Upon moving in, Rio and Mike find that their new home comes with an occupant, Rudy (Ed Begley Jr.) and old neighbor who now lives in their barn. And unlike the big city, their new town only has one local store, owned by Constance Terry (Pam Grier), who also serves as the town’s sheriff.

In an interview with MEAWW, actor JT Neal, who plays the Bowman’s son, Jacob, talked about the season finale and how it would tie into the next season. “I think the finale has a lot of wonderful moments in it,” he said. “It’s a very special episode where we start to understand the struggles that all these characters that we’ve introduced are going through. It really ties everything from the pilot in and it definitely leaves a lot of storylines open for Season 2.”

He also revealed that fans can expect to see the Bowmans soften up a little next season, as they begin to realize the impact Mike and Rio have on their lives. “The way season one ends sets Jacob and the Bowmans up for a really interesting arc,” Neal told the outlet. “I can’t give too much away, but I think it will be interesting to see how much we actually need Mike and Rio, despite all the trouble we gave them in season one — I think we’re going to see Mike and Rio start to assimilate to rural life and become more comfortable with their places in the community. We end season one on a very triumphant note and I’m excited to see it carry into next season."

While ABC did announce the renewal of Bless This Mess, they have yet to confirm an official premiere date for Season 2. The first season premiered on April 16, so it’s possible that you see the show return in Spring of 2020. However, if the series gets a longer season, the network may drop it earlier in the year. When ABC’s fall lineup rolls around, they might reveal more details on a premiere date, so keep your eyes peeled.