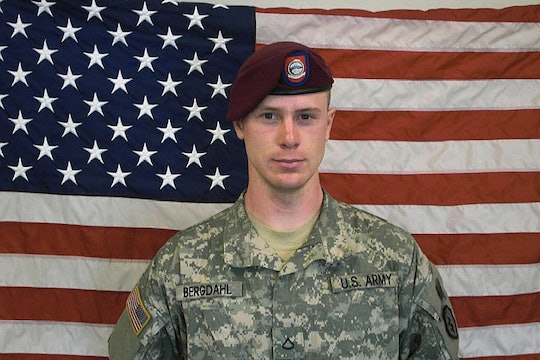 Unlike Season 1 of "Serial," which plucked a story out of relative obscurity, Season 2 is taking on a high-profile case surrounding the possible desertion and subsequent capture of Sgt. Bowe Bergdahl. Bergdahl was held captive by the Taliban for almost five years before his release in May 2014, which left many wondering, was Bowe Bergdahl tortured?

In a statement released in March 2015 by his attorney, Eugene Fidell, Bergdahl describes being tortured in great detail. As Season 2 of "Serial" progresses, he'll not doubt reveal more of this narrative to Sarah Koenig and her thousands of listeners. In that original statement he wrote:

In the beginning of my captivity, after my first two escape attempts, for about three months I was chained to a bed spread-eagle and blindfolded. The blindfold was only taken off a few times a day to allow me to eat and use the latrine.

... Because of the constant heat and sweat my body where it was in contact with the bed would become sore and raw, burning from the sweat and pressure. ... my eyes where always burning and aching. Around my ankles where the chains where, I developed open wounds that looked like the STAPH infection I had had earlier that year. The infection also appeared on my forehead and side of head ... my body started a steady decline in constant internal sickness that would last through the final year.

The physical conditions he describes are indeed torturous, but they pale in comparison to the mental torture he claims to have endured under his Taliban captors. In his statement he writes about being in constant isolation those five years, with his only contact being threats of harm and death.

The story is dramatic, pitiable, and in interviews Sgt. Bergdahl seems completely sincere. But not everyone is so taken in by his account. Two months ago Sen. John McCain said that Bergdahl was "clearly a deserter," and House Republicans recently released a report saying that the trade President Obama made for Bergdahl was illegal.

Bergdahl's case is politically fraught, and for much of it, we only have his word to go on. Still, if anyone is going to bring new sides of this story to light and get a little closer to the truth, it's Sarah Koenig and Serial.