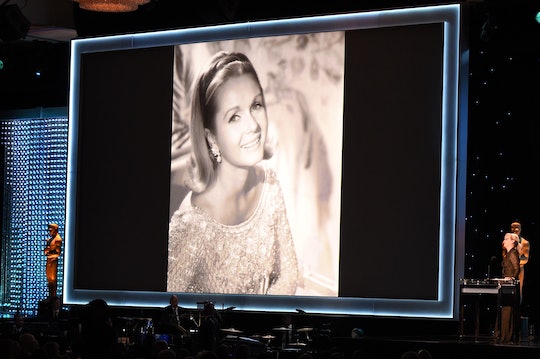 When Debbie Reynolds was rushed to the hospital on Wednesday afternoon, just one day after daughter Carrie Fisher's death, no one was happy about it, to say the least. Hours later, in a heartbreaking report confirmed by Reynolds' son Todd, it was announced that Debbie Reynolds had died at 84 years old, according to TMZ. But Reynolds' death came as a surprise to everyone. This begs the question: Was Debbie Reynolds sick? And if so, for how long?

Reynolds reportedly died as a result of a stroke, according to TMZ — but it wasn't immediately clear whether she was sick before her death. It is true — Debbie Reynolds was an aging actress in Hollywood, whose career outlived many of her colleagues — yet her death definitely came as a surprise to many. But Reynolds, who died as a result of a stroke, had reportedly suffered from a stroke before.

According to ABC News, Reynolds had dealt with "health issues" in the past and even reportedly suffered from "a small stroke last year." "When she was in the hospital and barely recovering from an operation, she had a small stroke," son Todd Fisher told ABC News. This is incredibly shocking to hear for those who had no idea that Reynolds had suffered. But Todd was not Reynolds' only child to allude to the fact that his mother had been sick in the past.

If what her children say is true, then it's likely Reynolds had been a little sick recently — however, Reynolds' exact ailments and health issues are not exactly clear (not that it's necessarily anyone's business but her family's, of course).

According to the American Stroke Association, 80 percent of all strokes are preventable by managing key risk factors that can be controlled — such as diet, high blood pressure, and lifestyle choices. In spite of this, strokes can — and often do — have lasting effects on the brain.

"She wanted to be with Carrie," son Todd told Variety, adding in a comment to the Associated Press, "We’re all heartbroken."

More Like This
This Mom Gave Birth On Graduation Day, So The University Brought Her Degree To Her
20 Amazing Shows With LGBTQ+ Characters To Watch With Your Kids
14 Children & 1 Teacher Killed In Mass Shooting At Texas Elementary School
Multiple Jif Peanut Butter Products Have Been Recalled After 14 People Got Sick