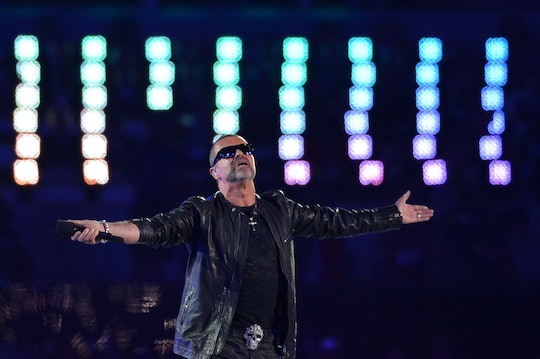 Was George Michael Married? The Singer Was In Love

In it's initial report, BBC noted that the Michael seemed to have died "peacefully in his home" in Oxfordshire, England at around 1:30 in the afternoon. Police arrived on the scene and said that there were no suspicious circumstances surrounding the singer's death. According to The Washington Post, Michael's publicists released a statement to the press saying:

“It is with great sadness that we can confirm our beloved son, brother and friend George passed away peacefully at home over the Christmas period. The family would ask their privacy be respected at this difficult and emotional time. There will be no further comment at this stage.

As with any celebrity passing, fans and non-fans alike began wondering about Michael's life leading up to the days of his death. And, for the romantics in the world, many wondered in the singer, songwriter, and record producer left anyone special behind. And, in a both sad and beautiful twist, it seems he did.

Michael, who came out to CNN as gay in 1998, was most recently linked to Fadi Fawaz. The Daily Mail was the last to report on Michael and Fawaz when they were out in Switzerland in 2015. But given the singer's desire for privacy, it is not a surprise that the two were rarely photographed out in public.

Prior to his relationship with Fawaz, People noted that Michael was in a 13 year long relationship with Kenny Goss, an art gallery owner. The two never married, and dealt with many rumors over the course of their relationship. According to Huffington Post, reports surfaced in 2010 that Michael would use Grindr to hit on men while being committed to Goss. Neither Michael nor Goss ever commented on the rumors.

But the most heartbreaking of Michael's relationships was one of his first with Anselmo Feleppa. According to The Sun, Feleppa was the first man Michael dated after coming out as gay to his close group of friends. Sometime after they started dating, however, Feleppa told Michael that he had AIDS. Michael stayed by his side, as much as a touring pop star could. Then in 1993, Feleppa passed away from AIDS. It was a heartbreaking loss, and it's not quite clear is Michael ever got over the loss.

Michael's relationships never were a main topic of conversation among fans, and probably won't be in the days after his death. Because regardless of his past romances, Michael's will always be remembered as an '80s icon who helped many people come into their own.