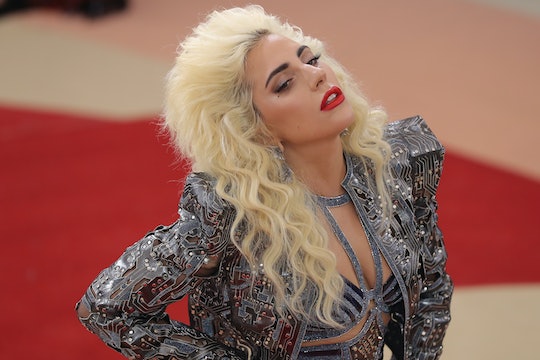 Was Lady Gaga's Character A Supreme On 'AHS: Roanoke'? She's Got The Power

Lady Gaga emerged as a real force to be reckoned with in the fourth episode of American Horror Story: Roanoke. She appears to be driving a lot of the action this year, much like last year's Countess. But instead of playing a glamorous vampire looking for love, this year she's the Witch of the Woods: an earthy, ageless woman with magical abilities and what looks like a pretty bad dental plan. How she came by her witchy skills isn't clear, so she might have been born with them, but one thing is for certain: as soon as she came to the New World from England, she leveled up in the power department. But could she have any connection to the witches from past seasons of AHS? Was Lady Gaga's character a Supreme, the most powerful witch of her generation?

AHS: Coven did reveal some of the witches' lineage, though it didn't go back quite as far as Lady Gaga's Witch does. Coven only traced the witches back to the famous trials in Salem, which occurred in 1692, and the Witch came over to the New World sometime in the 1500s. So far there's no definitive connection linking her to the witches of Coven, but there are some possible hints that the Witch could be a long lost ancestor of theirs. She certainly has enough power to be a Supreme.

In AHS: Coven, the modern day witches were descended from the persecuted witches of Salem who were able to escape after the trials that resulted in the deaths of twenty people. There were two distinct branches of magic: the kind practiced by the women of Miss Robichaux's Academy and the voodoo magic performed by followers of Marie Laveau. Lady Gaga's Witch seems to practice both styles: her strange sex magic calls to mind the fertility rituals Cordelia underwent in Season 3, and she also also blew mystical dust in someone's face as a mind control technique like Marie Laveau did.

However, one problem with this theory is that a former Supreme begins to die when her magic is passed on to the next woman in line and it doesn't seem like the Witch is dead. On the contrary, it looks like she may be immortal. She doesn't necessarily appear to be one of the ghosts she hangs out with, but instead a magical being who lives in the nearby woods. There's also the question of how a witch in North Carolina could have passed on her abilities to a bunch of girls in Massachusetts.

AHS is fond of linking its seasons together in small but important ways, and having Lady Gaga be the originator of New World magic is an interesting way to do so. As of right now, it's totally possible that she may have had witchy proteges that went on to become the witches of Salem, but it's just as possible that she's an entirely different type of witch.