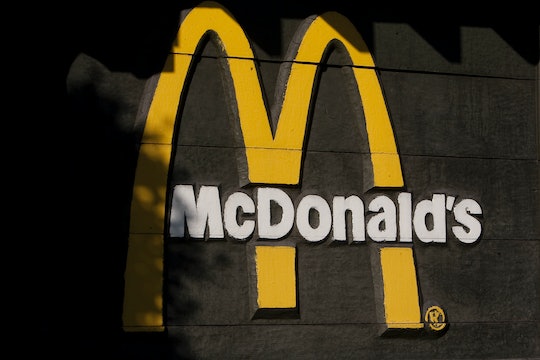 McDonald's responded to Romper's request for comment via email with the following statement from spokesperson Terri Hickey:

That being said, it's not yet clear whether the tweet was made by an employee (current or former), or if the account was indeed hacked by an outside party. Whatever the reason, it certainly got people's attention on social media. If it was an employee, it wouldn't be the first time since President Trump took office that a social media manager for an agency or brand "went rogue". There are allegedly several "rogue" accounts for various government departments, which became something of an internet sensation after the National Parks Service lead the way.

While none of the accounts have been verified, the concept of transparency from within the organizations in the form of anonymous social media posts has struck a chord with the American public and held them in rapt attention. Some of the "alt" accounts gained millions of followers in the few months they've been active. Of course, those accounts were expressly created for that purpose, whereas the hijacking of an existing account — which may have been the case with McDonald's — in order to convey political commentary has the makings of a PR nightmare.

While some brands, agencies, and high-profile individuals have used social media to denounce President Trump, his administration, and/or his policies, those statements usually come from the top, like a CEO or founder. NBC Universal, Univision, Macy's and others have distanced themselves or cut ties completely with Trump, according to Fortune. So, while there certainly are brands that are taking a stand one way or another when it comes to the current administration, McDonald's had thus far not been among them.