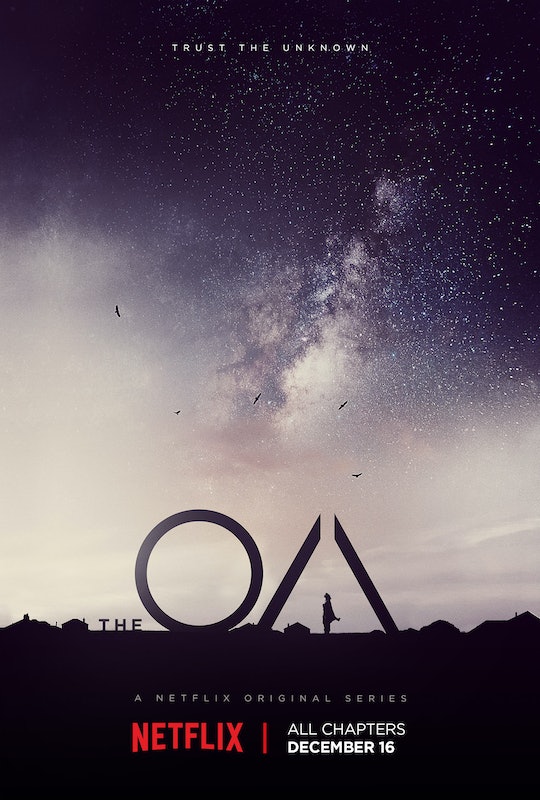 Was Prairie's Story Fake On 'The OA'? French Made A Strange Discovery

(Warning: this post contains spoilers from The OA Episode 8.) Just when you think The OA couldn't possibly get anymore confusing, the final episode of the first season sent our minds reeling and wondering if everything we've learned was a lie. Was Prairie's story fake on The OA? After French found those Amazon books hidden under her bed, which included The Iliad by Homer (sound familiar) and a couple of books about angels and near death experiences — aka all of the things Prairie seemed to be an expert in. But now after seeing that she may have gotten her knowledge from books rather than her own real life experiences, it was easy for French (and us) to conclude that she was making the entire thing up. Does that mean none of her fellow captors ever existed? Suffice to say, it felt like a huge betrayal. But is everything as it seems.

Once French saw the books, he started panicking and attempting to make senes out of it all. He then went to the bathroom to wash his face and cool off, but when he looked into the mirror he saw Homer looking back instead of his own reflection. Did this mean that Homer next existed and he was just a figment of Prairie's imagination? Was French her real life equivalent of Homer since she felt she could rely on him? Right now, I'd say it's anyone's guess.

Right from the very beginning of the series, it was clear that The OA was meant to leave its viewers questioning everything. It took us all the way until Episode 7 to find out that OA was an acronym for Original Angel. So you better believe they were going to end their first season on a cliffhanger. That being said, it feels almost mandatory now to give the show a second season renewal. I mean, you can't just throw so many crazy things our way and then leave us hanging, never to know what actually happened or how it all turned out. Right?

The finale left me so confused, but I think that was definitely the point. The writers want us to question everything right now and leave us wanting more. (Mission accomplished, by the way.) But right now I'm inclined to believe that Prairie's story was true after all. In the end, their movements ended up stopping the shooter and they all definitely felt those movements within them in the end, just like she said. Not to mention, it would just be so heartbreaking otherwise. We became invested in her story, just like her five new friends. And if none of it was real, then what was the point?

Obviously, this is a question that can't be answered right now, at least not from me. We'll have to wait until Season 2 (if there is a Season 2) or hear from the creators themselves in order to get a better handle on how those final few scenes should be interpreted. Maybe we're all supposed to interpret it differently. Maybe that's the point. I hope not because I definitely would like to get some concrete answers about all of this and find out once and for all if it was entire fact or fiction.