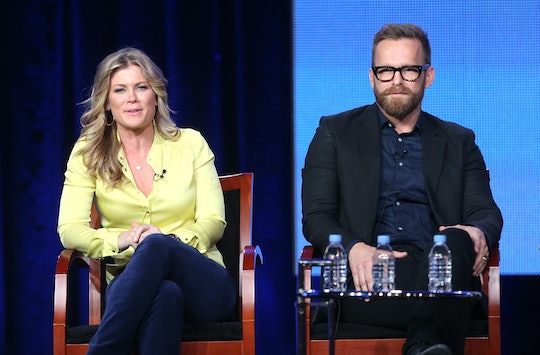 Was 'The Biggest Loser' Cancelled?

One of the most controversial reality competitions since The Swan may have seen its final season. The Daily Mail claimed this week to have obtained court documents in which resident medic Dr. Robert Huizenga stated that The Biggest Loser had been cancelled, and it's all due to a 2016 New York Post article that irreparably damaged show's reputation, as well as his own. According to The Mail, Huizenga is suing both The Post and former Biggest Loser contestant Joelle Gwynn for claiming that the show's trainer, Bob Harper, provided contestants with illegal drugs, and that Huizenga was allegedly complicit. Romper has reached out to NBC and Harper's representatives for comment and is awaiting a response.

The Biggest Loser aired its Season 17 finale in February 2016, and it's been scrubbed from NBC's website, which still lists shows as old as Charles in Charge and Knight Rider. The show's official Facebook page and Twitter handle have been dormant for nearly five months, and its website was taken down sometime between April and May 2017. It's possible that the show's merely on an extended hiatus pending Harper's full recovery from a sudden heart attack this past February, but he made no mention of the series during his April appearances on Today and The Dr. Oz Show.

The show has long been criticized for encouraging rapid weight loss; In 2009, The New York Times reported that contestants had been known to lose more than 15 pounds a week, despite the medical community's commonly accepted advice to lose no more that two pounds per week. The Times described the show's official weight loss regimen as "severe caloric restriction and up to six hours a day of strenuous exercise," but also noted that some past contestants had admitted to supplementing that with intentional dehydration. A 2016 National Institutes of Health study confirmed the long-standing rumor that contestants end up gaining back the weight after leaving the program.

But the Post article was the most incendiary of all, claiming that Harper provided contestants with Adderall and Ephedra in order to aid weight loss. Adderall is a prescription stimulant used to treat ADHD and narcolepsy, and the United States banned Ephedra as a weight-loss supplement in 2004 after finding little evidence of its effectiveness, as wells as a potential risk for seizure, stroke, heart disease, and death. At the time, producers vehemently denied the claims, and issued a statement to Variety, saying,

Contestants are told at the start of the show that there is zero tolerance for any weight-loss drugs. We prohibit the use of any illegal substances, in addition to the many other rules and procedures of the show that are designed to ensure safety.

Harper too added in his own statement to New York Magazine's The Cut back in May 2016, saying,

These allegations are absolutely false and are in direct conflict with my lifelong devotion to health and fitness. Safety is paramount in my training regimen and, while demanding, my approach has always focused on the overall well-being of contestants as they lose significant weight and educate themselves, for the first time, on living a healthy lifestyle.

Even if these claims are eventually disproved, many still feel that The Biggest Loser prioritizes weight loss over health — and while not everyone may find that problematic, it may be the final nail in the coffin.