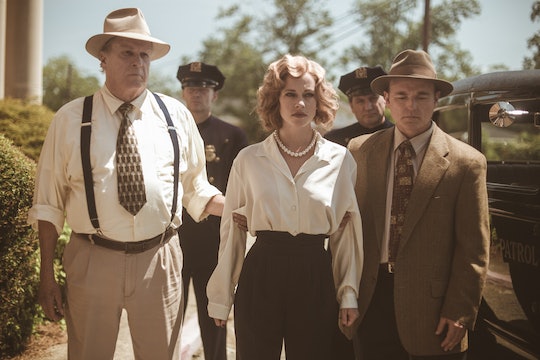 If you’re a fan of Lifetime movies, you may wonder what inspires the films’ dramatic storylines. While many of their movies are made purely for TV, some are based on books or real-life events. Lifetime’s latest movie, The Lover in the Attic: A True Story, gives away its source of inspiration in the title, but people want to know if the story was ever published in novel form. So, was The Lover in the Attic a book?

The Lovers in the Attic hasn’t been published as a book, but it is based on a true story. The Lifetime film is based on the real-life events surrounding Walburga aka Dolly Oesterreich and her husband Fred, who was murdered by her secret young lover, Otto Sanhuber. The scandal made headlines in the 1930s, and years later, writer and producer Josef Shaftel wrote a short story inspired by the scandal. In 1968, Shaftel turned his short story into the film, The Bliss of Mrs. Blossom starring Shirley MacLaine and Richard Attenborough. As one of the most infamous scandals of its time, Dolly Oesterreich’s story was also covered in the book, Crimes of the 20th Century, and was also featured in a 2017 episode of Investigation Discovery's series A Crime to Remember.

Because of the bizarre nature of their affair, Dolly and Otto’s story has remained a source of fascination for almost 100 years. It all started in 1913, when the 33-year-old housewife began a decades-long love affair with the 17-year-old repairman. According to the Los Angeles Times, the lovers would meet in Dolly’s home or hotel rooms, but soon neighbors began questioning their relationship. In an effort to conceal their affair, Otto moved into Dolly’s attic, with Fred none the wiser. They continued their affair right under Fred’s nose for years.

But, according to the LA Times report, in August of 1922, Otto heard Fred and Dolly fighting and came down from the attic to protect her. He shot and killed Fred, and the lovers covered up the crime to make it look like a burglary. Even as Dolly moved on with her husband’s substantial inheritance — and began dating her lawyer, Herman Shapiro — she continued the secret affair with Otto, who continued to stay hidden in the attics of the homes she moved in and out of.

It wasn’t until her jilted boyfriend, Shapiro, and another ex-lover Roy Klumb went to the cops, that Dolly and Otto were charged with Fred’s murder. Both were tried and released thanks to legal technicalities — Otto’s case was outside the statute of limitations and Dolly’s trial ended with a hung jury — but the bizarre nature of their love affair became the talk of the town and made numerous headlines. According to the LA Times report, before the DC comic book hero was even invented, Otto was dubbed a “batman” by the media due to his “cave-like existence” in Dolly’s attic for so many years. Dolly went on to live with her new boyfriend, Ray Bert Hedrick, for the next 30 years, and she died in Los Angeles in 1961 at the age of 75. Otto, on the other hand, remained out of the public eye, and what happened to him since is unknown.

In the Lifetime film, Molly Burnett and Kevin Fonteyne play Dolly and Otto, and actor David Feirro plays Fred Oesterreich. Channeling the original events, the movie is set in the 1930’s, and features the vintage costumes, sets, and styles of the era. Sure, the idea of hiding a lover in the attic for decades seems unbelievable, but this movie is based on a true story, which will make it much more intriguing to watch.

The Lover in the Attic: A True Story premieres on Sunday, Oct. 21 at 8 p.m. ET on Lifetime.