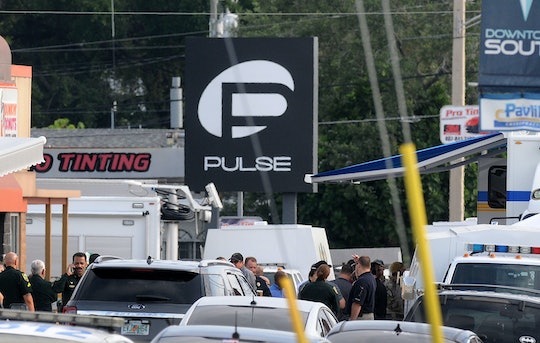 Was The Orlando Shooting Terrorism? Absolutely, But Not Because Of 'Islamic Ties'

Early Sunday morning, approximately 50 people were killed and several dozen more were injured in a mass shooting that broke out in an Orlando, Florida nightclub. Now, as details emerge, we are finding out more and more about the shooting, the shooter, and the horrific details associated with both. Specifically, details that make people ask, was the Orlando shooting terrorism?

The crime was committed by a U.S. citizen named Omar Mateen, who worked alone in the mass killing. In addition to the shootings, Mateen had also taken hostages at a gay nightclub in Orlando before SWAT team members killed him early Sunday.

According to the Associated Press, Florida Department of Law Enforcement Special Agent In Charge, Danny Banks, said the "mass shooting is being investigated as an act of terrorism." Authorities are looking in to whether or not the act of terrorism is domestic or international. According to CBS News, authorities are investigating as to whether or not the shooter has ties to Islamic terrorism — but that isn't the point. Whether or not the shooter had ties to Islamic terrorism is not the most important detail. The most important thing to remember is that this was a horrific act of violence.

However, terrorism is a tricky word to define. According to ABC News, there isn't even a set definition for terrorism for U.S. Governmental agencies. Essentially, terrorism boils down to being politically motivated, with some level of intimidation and extreme violence involved. Therefore, the attack at the gay nightclub — the deadliest shooting in U.S. history — could be defined as terrorism.

With the amount of headlines and controversy emerging from the shooting, it is important to not focus on the shooter's race, religion, or alleged ties to Islam — even if those did serve in the motivation for the killings. The important thing to remember is the victims and the act of violence committed — not the shooter's background.

In a press conference, a local Islamic leader in Orlando spoke about the shooting. The leader urged the media to avoid "rushing to judgement" about the shooter and his faith, and hinted that the real problem is the "need for gun control" and to "disarm Americans" according to Twitter user Caleb Howe.

The shooter's father too, noted in a statement to NBC News, that the incident was as heartbreaking to the family as it was to everyone else. "We are saying we are apologizing for the whole incident," Mir Seddique said, adding that his son had recently become enraged when he saw two men kissing in Miami, according to Variety. "We weren’t aware of any action he is taking. We are in shock like the whole country. This had nothing to do with religion."

To not call the act of violence at the nightclub terrorism would be awful but we can not assume that because it is terrorism that the shooter's religion was involved. There are many radical elements that go into committing such a violent crime and as more details emerge from the story, we will figure those out. For now, we must remember the lives of the victims who were involved in this terrible act of terror.

More Like This
Keke Palmer Casually Drops Her Baby's Sex On Jimmy Fallon
Does The FDA's Plan To Limit Lead In Baby Food Go Far Enough?
Freeze! The Single From The New 'Bluey' Album Just Dropped
Josh Duhamel Is Glad He Took Fergie's Advice About Dating After Divorce
What Parents Are Talking About — Delivered Straight To Your Inbox