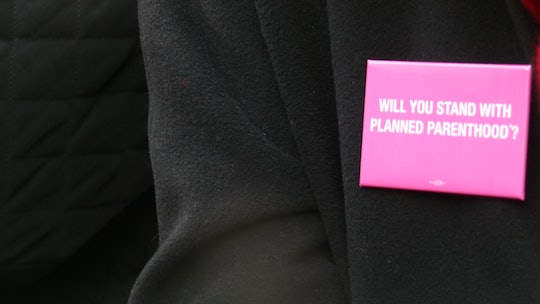 Was The Planned Parenthood Attack An Act Of Terrorism? Yes, & We Should Start Calling It That

On Friday afternoon, an active gunman opened fire at a Planned Parenthood in Colorado Springs, CO, and early reports indicate at least four police officers have been injured. The situation is currently ongoing, and reports from local media also indicate at least eleven have been taken to local area hospitals and three have been killed, including one police officer and two civilians. (Update: Late Friday authorities identified Robert Lewis Dear, 59, as the suspected gunman. Dear is reported to be from North Carolina.) While national publications continue to cover the story, the carefully calculated rhetoric being used to describe the situation has come under question: Are attacks on Planned Parenthood acts of domestic terrorism, and if yes, then why is the individual attacking a Planned Parenthood clinic a "gunman" and not a "terrorist"? Why do we frame these attacks as lone-wolf situations instead of planned terrorist attacks against a particular group or groups of people?

Many claim race as the sole reason why national media outlets are quick to label situations — the current shooting in Colorado and other attacks on movie theaters and elementary and high schools — as "active shootings" instead of a well planned and executed "terrorist attacks". When the individual deemed responsible is a white male — or more specifically, a white, Christian male — sweeping generalizations of an entire population are quelled with specific, thoughtful descriptions: He was "troubled," "mentally ill," "in need of help." The same cannot be said (and is, quite honestly, never said) for immigrants and refugees; entire populations of non-white white are blamed for the actions of a few.

Terrorism is, by definition:

The use of violence and intimidation in the pursuit of political aims.

Walking into a Planned Parenthood and shooting people is exactly that — an act of terrorism — even if it doesn't perfectly align with the rhetoric we typically hear surrounding "terrorism" in our country at present. Terrorists aren't just the individuals who fly planes into buildings or detonate bombs outside of concert venues. Terrorism happens any time there is a carefully, meticulously planned attack carried out against a group of people designed to inspire fear and, well, terror, in the eyes of the masses.

Planned Parenthood is no stranger to violence. Since the first clinic opened in Brooklyn, New York in 1921 ( called the American Birth Control League), clinics across the country have been the target of bombings, shootings, arson, and chemical weapon attacks. In 1994, a Planned Parenthood receptionist was murdered in Massachusetts, when a white male walked into the clinic and opened fire. NARAL is calling for such attacks on Planned Parenthood to be investigated as acts of domestic terrorism, a clear and obvious step in the right direction.

And still, while the majority of attacks on American institutions and American people are planned and carried out by white, Christian males, society in general seems to be fixated on fearing Muslim Americans, people of color, and fleeing refugees instead.

Of course, we shouldn't downplay the seriousness of ISIS or its members, but it's vital that national news networks and publications be more aware of the words they're using and the implications those words have. Perhaps if we call these attacks exactly what they are — acts of terrorism against a specific population — more will be done to stop them. And the organizations at risk can do more to protect themselves.