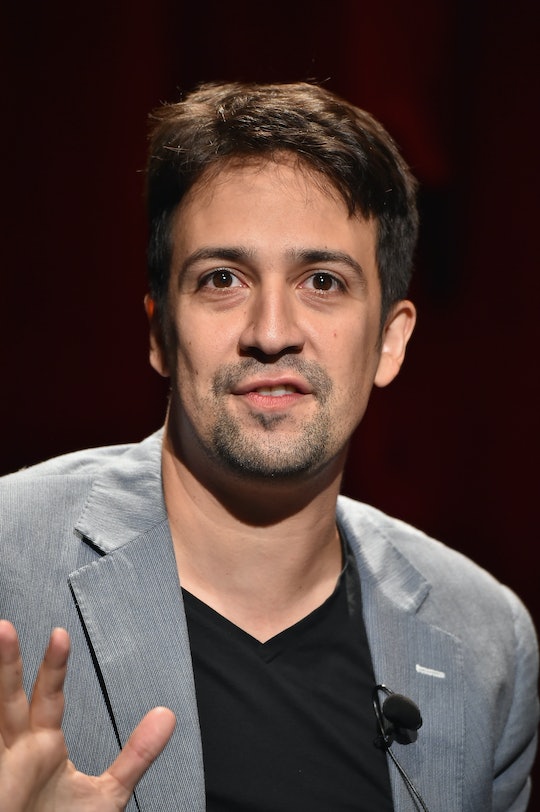 Everyone was waiting for this moment, and last night it happened — at the top of the show, nonetheless. During his SNL opening monologue, Lin-Manuel Miranda performed his now famous rap style, as a parody of "My Shot" from his hit Broadway musical Hamilton, and it was pretty incredible. If you didn't see it the first time, you probably are wondering how you can watch Lin-Manuel Miranda's SNL opening Monologue, and worry not, because Saturday Night Live wants you to rewatch it, too, so it's actually really easy.

During the monologue, Miranda opened by saying how he dreamed of being on the Saturday Night Live stage since he was just a little boy growing up in the Washington Heights neighborhood of New York (side note: also check out Lin-Manuel Miranda's musical In the Heights). It's not rare for a SNL host to pay lip service to Lorne Michaels and NBC for allowing them the gig that they probably really have dreamed about for a while. But, for some reason that I just can't put my finger on, Miranda's monologue was slightly more convincing than hosts past. Oh, yeah, it's probably because he parodied "My Shot" from Hamilton, which, let's be honest, is exactly the way you want to thank SNL for having you. (That, and maybe get Lorne Michaels some tickets Hamilton.)

In the monologue, Miranda breaks into his classic style of rap while singing that he's not going to throw away his shot (this time, his shot means being a great SNL host, in Hamilton, as you guessed, it does not). One specific standout during the monologue was when Miranda walked down the backstage of the studio and sang,

"Tonight I'm finally earning my spot / On this wall in this hall and i'm finally getting a piece of it / Like Miley, Schumer, Tracy Morgan, and this piece of sh—..."

Standing right next to Donald Trump's photo, Miranda then breaks into the line "Never gonna be president", from the song "The Reynolds Pamphlet" in Hamilton. Yeah, it was pretty damn good.

You can rewatch the sketch above and relive that Trump burn over and over again. Look, if Lin-Manuel Miranda — who knows a thing or two about American politics — says it, does that make it official?