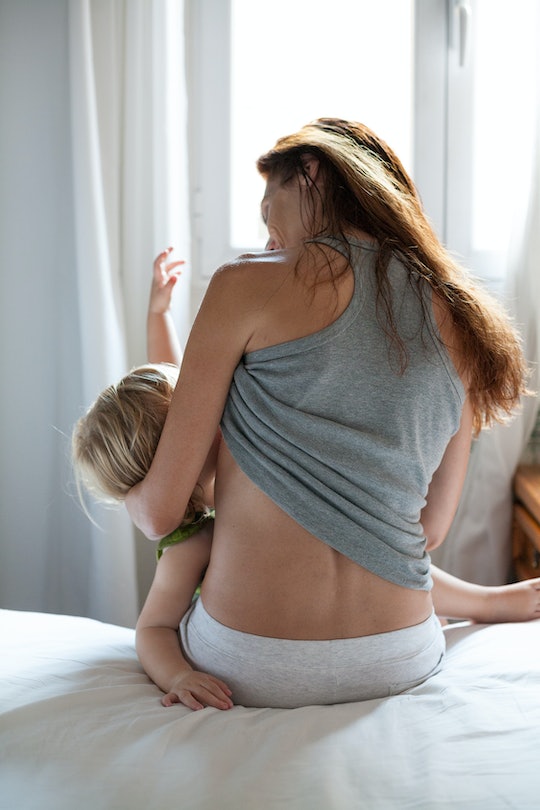 Ways Extended Breastfeeding Affects Your Child's Personality, If It Does

It is recommended that all women breastfeed exclusively for six months, then after do a mix of breast milk and solid foods for the rest of the year. So extended breastfeeding, as defined by the Mayo Clinic, is breastfeeding beyond the first year. But how far beyond? What about when extended breastfeeding means nursing a three or four-year old child? What if you extend to five and six years old? Is it still recommended and good for your child? Or is it bad and discouraged?

According to the same site, there is no known age in which breast milk becomes nutritionally insignificant to a child. Breast milk in itself is touted as the most nutritionally balanced food source for a growing infant, so the health benefits of including it in a child's diet is presumed to be fine, if not encouraged.

Beyond the sustenance it provides, many experts claim there is a psychological value to extended breastfeeding that can help build a child's personality. University of Delaware anthropologist Katherine Dettwyler, who has done extensive cross-cultural breast-feeding research said she's found that nursing a mammal until their first permanent teeth sprout, is natural from an evolution standpoint, and is quite normal among several species. As to whether it's better to extend or not:

"There is some evidence that longer-term breastfeeding (along with co-sleeping in childhood) results in children who are more independent and score higher on measures of social competence," Dettwyler told NPR.

"As far as I know, there are no 'costs' to the child. If the mother doesn't want to continue breast-feeding, then of course, she shouldn't feel obliged to — regardless of the age of the child," Dettwyler said in the same article. "But people should be informed that nursing a six to seven year old is a perfectly normal and natural and healthy thing to be doing for the child, and that their fears of emotional harm are baseless."

One can assume that more rigorous observations and studies will be needed to figure out if extended breastfeeding indeed has a large positive or negative impact on a child's personality. It's also important to keep in mind that there truly is no one way to mother or parent. The influence you have on your child's personality will probably be more determined by your love and not your boob.