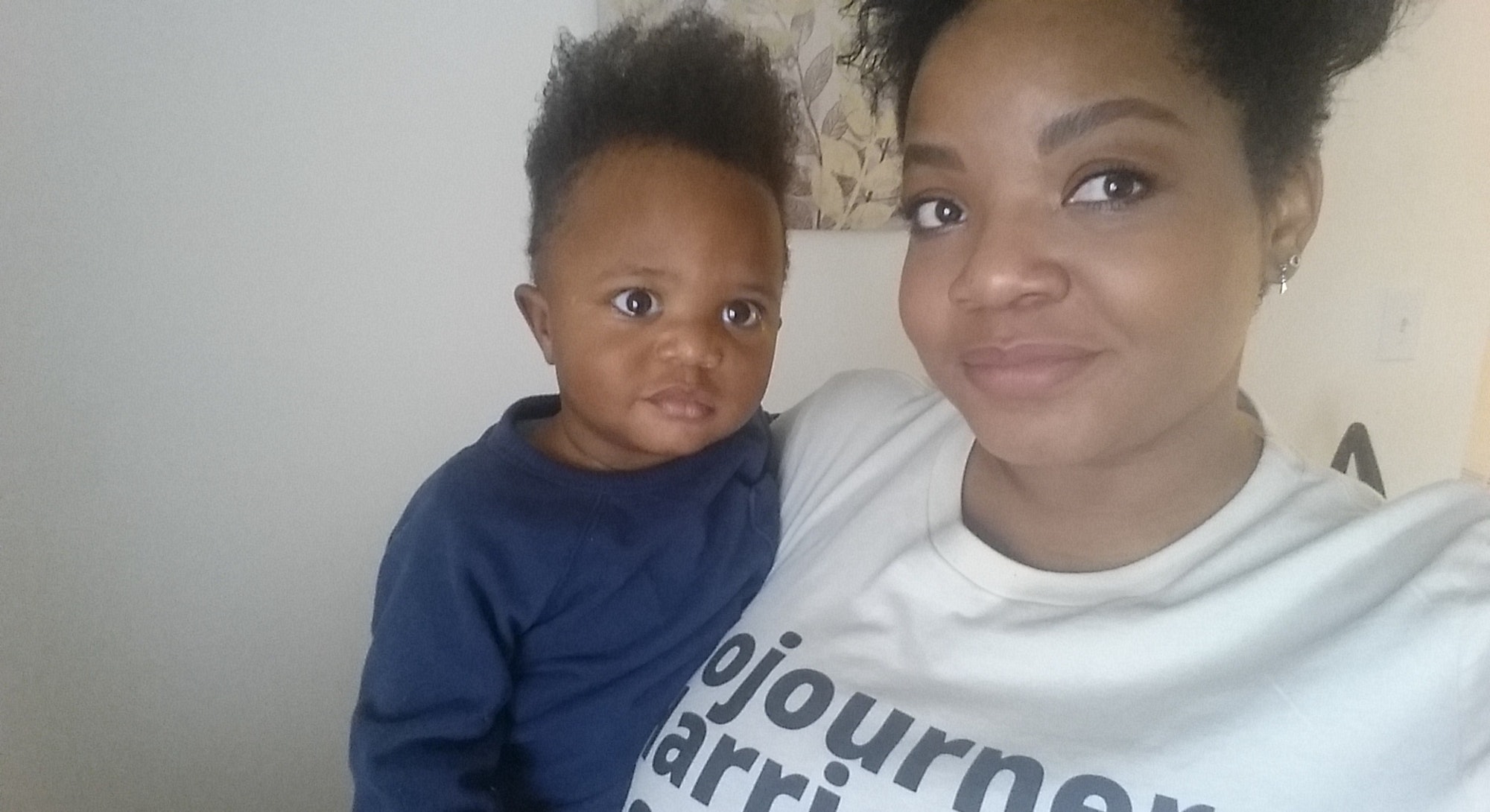 Weaning Made My Depression So Much Worse

My newborn son was beautiful. His brand-new smell, delicate skin, and cute little involuntary movements, like the jerking arm movements that seemed to startle even him, made me laugh and fall in love with him. But even though I thought my son was amazing, I still had postpartum depression, and he could not make that go away. And when it came time to wean him, it made my PPD worse.

For months, I attempted to mentally and emotionally prop myself up, to no avail. I knew I professional medical help, so I talked to my doctor and we developed a treatment plan. My depression didn't go away, but with the help of regular therapy, it became manageable. So I spent the first 12 months of my son's life breastfeeding him while staving off my depression.

A few months after my son turned 1, my family members and friends started criticizing me for the fact that I was still breastfeeding him. “Give that boy a cup!," they'd say, or, “If he’s big enough to walk around, he’s big enough to stop breastfeeding.” But the boy showed no signs of wanting to wean. He loved his sippy cups as long as there was water inside, but he preferred feeding at the breast — at any time and at any place.

I had mixed feelings about weaning Theo. I liked the idea of being able to drop him off at daycare or with grandma or auntie without him trying to yank off my shirt to nurse. But thinking about him not needing me for hours at a time triggered the same feelings of uselessness that, when he was born, made me feel like I wouldn't be enough for him as a mom.

Even though I wasn’t ready to wean, however, the pressure was on. Every time Theo reached for the boob in the store, I was embarrassed. I imagined a million eyes watching me and waiting to see what I did next. Once, I was comfortable nursing in public. But now, I could sense the judgment in the air as I sprawled my giant toddler across my lap to undo my nursing bra. I knew I was going to be the mom that people mock on message boards, the mom who still nurses her preschooler. So I decided to wean.

The original plan had been to do baby-led weaning, or letting my child wean himself after adding different foods to his diet. But I decided to give Theo a little nudge. I kept filled sippy cups readily available. Like clockwork, when he ate a meal or snack, I would release him from his high chair, and he would waddle his way over to me and pull at the neck of my shirt with reckless abandon. I would offer him a cup and he would forcefully swat it away. I would repeat this for as long as he would allow until he started screaming bloody murder. Then I'd pop out a breast.

I tried this for a while, but it didn't go well. All signs pointed to the same conclusion: Theo wasn’t ready to wean, and emotionally, I wasn't ready to wean him, either. But for the sake of my sanity, I needed to wean him. I needed to release myself from the guilt I felt when I had to leave him overnight. I was consumed by thoughts of my little Theo yelling for my boob and dehydrating himself in protest until I returned. I couldn't focus on anything except how I must have been depriving him and the guilt was consuming me.

I decided a gradual weaning approach made the most sense for us. So I started limiting daytime feedings to a maximum of two per day and one at night. The busier Theo got with discovering new toys and parks and ways to drive the dog crazy, the easier it was to distract him from breastfeeding. At night, however, there was no distracting him. He wanted the breasts and he wanted them now.

I didn’t understand why I was so frustrated. I was desperate to wean, but I was also afraid to no longer be breastfeeding. I didn't want him to just want me all the time, but I was afraid that he would no longer need me.

For a month, I tried rocking him and playing soothing white noise. I tried walking around with him like he was a newborn again. I changed his footed pajamas to looser pajamas. I changed his looser pajamas to no pajamas at all. I gave him an aromatherapy bath. I tried all the reasonable suggestions that a "how to calm your crying toddler at night" Google search would yield. None of it mattered. He only wanted one thing.

Suddenly, I was having flashbacks to his first week home after leaving the NICU. I remembered shutting myself in the nursery while the rest of my family slept. I'd rock him, sing to him, feed him, and do everything humanly possible to stop his screaming. I was the same frazzled woman on the verge of delirium.

I didn’t understand why I was so frustrated. I was desperate to wean, but I was also afraid to no longer be breastfeeding. I didn't want him to just want me all the time, but I was afraid that he would no longer need me. I felt like a terrible mother for putting us through this, and my self-esteem took a huge plunge.

During weaning, lots of things felt out of my control, and I blamed myself for them. But I'm glad I was honest with myself and others about how weaning made me feel, and I was glad that I was able to talk to my doctor about it.

It's not uncommon for moms who are weaning their babies to feel depressed, due to the subsequent shift in hormone levels. The hormones that stimulate milk production and milk letdown, prolactin and oxytocin, also produce relaxing, calming, and loving feelings when they're released. The sudden drop in these hormones caused by weaning can create adverse effects. And now, thanks to the drop in hormones and my general feelings of inadequacy, my depression was back with a vengeance.

I called my doctor to have that dreaded yet totally necessary conversation to about my depression. Almost immediately, I felt a sense of relief: I'd gone through this before, and I knew I could get through it again. I knew that Theo and I would be fine.

I'm still in the process of weaning Theo. When he reaches for my shirt, I look at him and give him a firm yet understanding "no." When he fusses, I present a distraction (a toy, my keys, or whatever's safest and most convenient), and then I offer him a cup. As I've cut down on daytime feedings from several a day to just one, Theo has learned to put himself down for naps without me nursing him, and I don't nurse him at night at all anymore.

As my confidence in the gradual weaning process grows, I am not as hard on myself as I used to be. Moms who suffer from postpartum depression tend to struggle with blaming ourselves when things don't go right, and when we come down on ourselves, we come down hard. During weaning, lots of things felt out of my control, and I blamed myself for them. But I'm glad I was honest with myself and others about how weaning made me feel, and I was glad that I was able to talk to my doctor about it.

As a lactation counselor, I would advise any mom who wants to wean to make sure both she and baby are ready. What that looks like is different for every mom and baby. Remember that, like everything with parenting, planning is key, but it isn't a fail-safe. Be good to yourself and give yourself grace. Yes, sometimes you will feel like you take one step forward just to take three steps back, but be patient. It might feel like you're losing a closeness and an experience, but don't forget — your milk is not all that you have to give as a mother. You mean so much more to your baby than that.

If you struggle with postpartum depression, please seek professional help or contact Postpartum Support International at 1.800.944.4773.