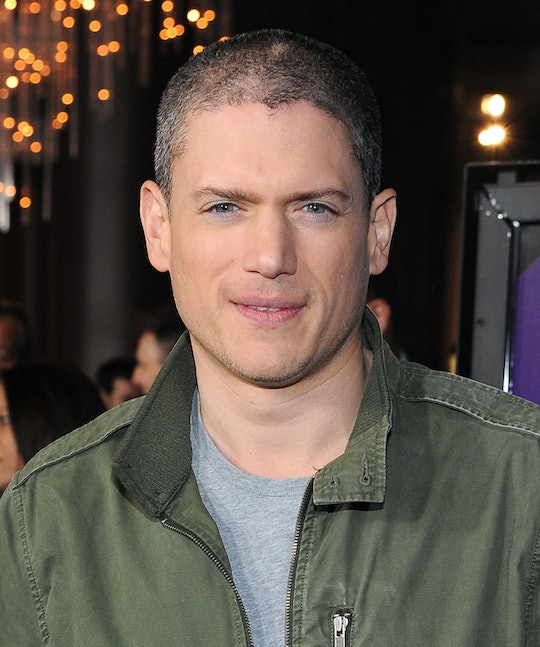 Some say a star hasn't truly made it until they've become the subject of an internet meme. And while some can be hilarious — like John Travolta's character from Pulp Fiction superimposed into wedding videos — some are just plain rude, like the case of the body-shaming Wentworth Miller meme posted to Facebook by The LAD Bible, a British website geared toward men. The post, now deleted, featured two photos of Miller. One was a promotional shot from his 2005 Fox series Prison Break, his slim, topless frame covered in tattoos. The other was a paparazzi shot Miller identified as being from 2010, after the actor had put on a bit of weight. The caption read, "When you break out of prison and find out about McDonald's monopoly..."

Though body shaming is of course rude as hell, this particular instance was even more hurtful given the story behind the weight gain; Miller responded to the meme with his own Facebook post explaining that, when the photo was taken, he was in the midst of a major depressive episode, and food was the only thing that brought him comfort. "Today I found myself the subject of an Internet meme," his post began. "Not for the first time. This one, however, stands out from the rest. In 2010, semi-retired from acting, I was keeping a low-profile for a number of reasons. First and foremost, I was suicidal."

Miller shared that he's struggled with depression since childhood, but 2010 was "the lowest point in [his] adult life." He said he turned to food for distraction, pointing out that it could just have easily been drugs, alcohol, or sex. A good meal was often the highlight of his week. Then, one day, while hiking with a friend in Los Angeles, his picture was snapped by the paparazzi and the next thing he knew, the photo was everywhere, being compared to his slimmer self with insulting captions. One of his mother's "friends" even snipped one such article from a magazine and mailed it to her, which prompted a concerned call. Miller eventually recovered, and now, when he stumbles across the photo, he chooses to look at it as a reminder — not of his depression — but of his recovery.

The first time I saw this meme pop up in my social media feed, I have to admit, it hurt to breathe. But as with everything in life, I get to assign meaning. And the meaning I assign to this/my image is Strength. Healing. Forgiveness.

The LAD Bible has apologized for the post, stating that "[m]ental health is no joke or laughing matter" and referencing "the damaging stigma that surrounds such matters." Most people would argue that body-shaming a person who's in peak mental health is also not OK, especially considering how often body image and mental health go hand in hand.

Miller can be seen in the upcoming Prison Break revival miniseries, which will begin shooting shortly and is scheduled to sir during the 2016-2017 season on Fox. And there's no doubt that he will likely look healthy and happy, and that's all that really matters.