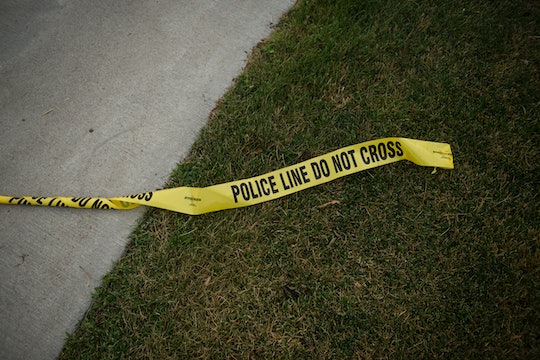 Were The Minnesota Mall Stabbings The Work Of ISIS? The Group Has Claimed Responsibility

A man entered Crossroads Center Mall in St. Cloud, Minnesota Saturday night and stabbed eight people before an off-duty policy officer shot the assailant dead, according to CNN. The man was wearing a private security company uniform at the time of the attacks. Witnesses stated that the assailant mentioned Allah and asked one person if they were Muslim, according to a statement made by police. These reports had many suspecting that the Minnesota mall stabbings were the work of ISIS.

Yahoo News reports that Amaq, a jihadist news agency closely linked to ISIS, has claimed the terrorist organization was behind the attacks Saturday night with a statement that read:

The executor of the stabbing attacks in Minnesota yesterday was a soldier of the Islamic State who carried out the operation in response to calls to target citizens of countries belonging to the crusader coalition.

The crusader coalition is what ISIS calls the group of countries, led by the United States, that have been targeting the organization with airstrikes in Syria and Iraq, according to Yahoo News. These "calls to target citizens of countries belonging to the crusader coalition" are known as "lone wolf" attacks. Unfortunately, they are nothing new and are becoming more common.

ISIS claimed responsibility for a shooting in Garland, Texas on May 3, 2015, which was carried out by two assailants with assault rifles. Elton Simpson, one of the attackers, had declared loyalty to the terrorist organization via his Twitter account.

According to NBC News, ISIS did not provide any evidence to support the claim that one of its devotees was responsible for the attack, however, experts told the news organization that claiming the attack as one of it's own is a cheap and effective way for ISIS to "achieve their terrorist goals." J.M. Berger, co-author of ISIS: The State of Terror, also spoke with the outlet about the lone wolf attack method, stating that "lone wolves are a low-cost, low-resource way to carry out attacks, where the group can then retroactively decide if it wants to claim responsibility or not. If they like it, they can adopt it after the fact."

While ISIS has claimed responsibility for the attack through Amaq, much is still unclear about the attack in Minnesota on Saturday night. Blair Anderson, police chief of St. Cloud, stated that the motivation for the stabbings was still murky. "Whether that was a terrorist attack or not," he told reporters, "I'm not willing to say that right now because we just don't know."

The suspect was known to local police before the events of Saturday night. He had a history of minor traffic violations, according to Yahoo News, that did not result in arrest. Anderson told reporters that he had no reason to believe the attack was connected to any other incidents.

The eight victims were transported to a local hospital with non life-threatening injuries. The one silver lining: There were no casualties in this attack, nor the explosions in New Jersey and New York City that also took place on Saturday.