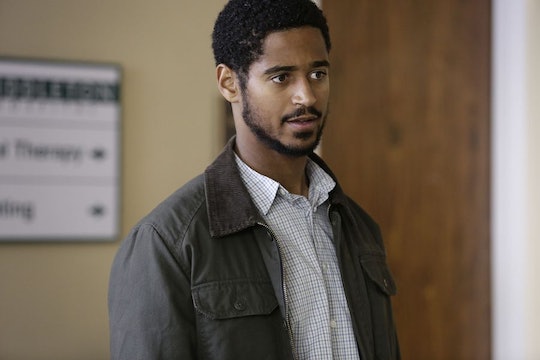 You'd think that some time away from the emotional rollercoaster ride that is How To Get Away With Murder would make Wes' death a little easier to deal with, but no. He proved to be a constant presence throughout the course of Thursday night's midseason premiere as every member of the Keating Five (now Four) continued to recall fond memories of their fallen friend. It was heartbreaking to say the least. However, that wasn't the episode's only main focus. Wes' autopsy report was revealed on How To Get Away With Murder and it proved to contain some very confusing results.

If you recall, back during the winter finale, Nate learned from the coroner that Wes appeared to have died before the fire, not because of it. However, the official cause of death states that Wes died due to asphyxiation from smoke inhalation, indicating that the fire did kill him after all. That completely goes against what the coroner said before. So either she's telling Nate the truth and she really did find evidence proving her initial theory inaccurate or someone with authority told hr to lie. But why? What good would come from lying about Wes' autopsy report? Either the real killer is covering their tracks or the court is really desperate to put Annalise behind bars. Either way, something doesn't sit right about all of this.

There are a few ways you can approach what you think happened at Annalise's house that night. One option is that Wes was always the one who was supposed to be killed and the fire was a means of covering up the actual cause of death. Another option is that the fire starter was a completely separate crime and not necessarily committed by Wes' killer (though that seems kinda unlikely). And then, of course, there's the third option that Wes wasn't the intended target, but his presence at the house forced the killer's hand. Then again, there could be some other possible scenarios I haven't thought of yet since Shonda Rhimes loves a good twist. So really, anything is possible.

But the fact of the matter is that, whether it was premeditated or not, Wes is gone and now it's up to the remaining characters (and the audience) to try to solve this puzzle and figure out what really happened that fateful night. Something tells me it's going to be someone we never suspected.