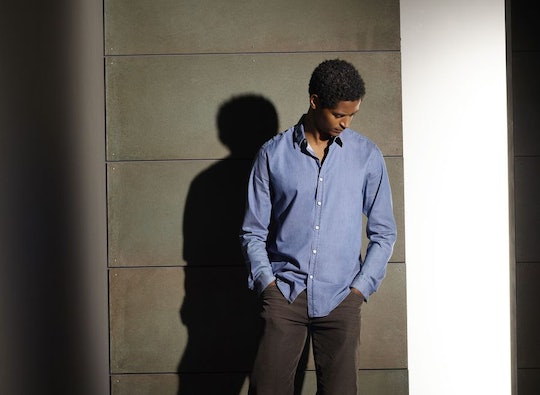 Wes' Killer Is Revealed On 'HTGAWM'

After half a season spent wondering just how Wes died and who killed him on How to Get Away with Murder, the Season 3 finale gave up all the answers. Despite the fact that those closest to Wes were the prime suspects, none of them ended up being responsible. Wes' killer was revealed on How to Get Away with Murder and the perpetrator wasn't someone who anyone saw coming. It turned out that none of the Keating 5 were responsible for Wes' murder; Annalise, Bonnie, and Frank had nothing to do with it. The killer came totally out of left field.

Though he didn't actually commit the crime with his own two hands, Laurel's father was responsible for Wes' death. The killing was carried out by a "family friend" (in Laurel's words) named Dominick, who seemed to be like the Castillo family version of Frank — a henchman who did the family's dirty work for them. Dominick was revealed to have a hand in the killing early on in the finale, but his identity was unclear and there was no way to know who he was working for. All the audience knew was that he was carrying out the murder on someone else's orders. Those orders turned out to have come from Laurel's dad.

Early on in the finale, the clues seemed to point towards A.D.A. Todd Denver as the one who arranged for Wes to be killed in an effort to frame Annalise and put her away for good. However, the real reasons behind the killing were a lot more personal — and less easy to understand. Laurel had always implied the horrors of her childhood and resisted a relationship with her father, but him having Wes taken out appeared to be a new extreme.

If he didn't approve of who Laurel was dating, then there was surely some step he could have taken before having Wes murdered in cold blood. Was Wes really such a bad option for his daughter? Sure, he'd killed a guy (in self-defense, to be fair) and engaged in some illegal activities, but it wasn't like Laurel's dad was a stranger to that himself. He also didn't step in when Laurel was involved with Frank, an actual hitman, so why the vendetta against Wes specifically? As of the Season 3 finale, it was unclear.

The murder plot also put Laurel in danger and could have easily killed her too, which her father presumably wouldn't want. It was clear that he didn't care who he hurt in his effort to get rid of Wes; he had no qualms about the emotional and physical trauma Laurel would go through. His increased involvement in her life might cost Laurel everything she holds dear, and it seems like that story is just beginning. The fallout from this reveal will have to wait until Season 4, but Laurel should sleep with one eye open going forward.