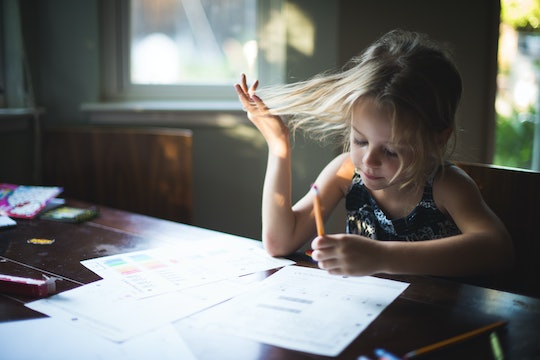 What 10 Families Are Paying For Learning Pod Tutors

Ongoing uncertainty around school reopenings has given rise to a new trend: learning pods. Also called "micro-schools," pods are formed when families arrange to educate their children together in the home usually with a paid tutor, and the cost ranges from lower than many day care settings, to as much as $13,000 for a "semester" for a pod reported on recently by the New York Times.

The high price tag of learning pods in wealthy enclaves has led to criticism that they will deepen existing inequities. To get a sense of the cost across the country, we spoke to 10 parents to find out their tutor's rate. In many cases, weekly earnings for a tutor or teacher hired to conduct pod learning outpaced their pay in the public system. This has been a concern for those worried that the privatization of education will decimate public schools' resources even further.

Here's how the costs look in 10 pods across 9 states.

Rachel K. has teamed up with another family to hire two part-time tutors, one a Spanish language tutor and the other a reading tutor, to continue the dual-language experience their kids had at school.

Her kindergartener and elementary schooler will be in a pod with three other kids, and each family will contribute $300 toward tutoring each week. "We are also both Black families with learners who haven’t had Black 'homeroom' teachers. The reading tutor is a Black woman from another school, so we’re really excited to have this exposure for our kids," says Rachel.

Four families in Massachusetts: $600 a week for three days

Hillary M. plans on hiring a retired program assistant from her district to tutor probably four second-graders three days a week, at $150 a week per family.

"If we have four families she is going to get $600 cash a week," says Hillary. "That’s more than she makes in her position and only three days of work." She plans to turn the basement into a classroom.

Four families in Baltimore: $700 a week for 20 hours across four days

Erica C. is a single mother and works in the healthcare industry. She has teamed up with three other families from her daughter's second-grade class to hire a nanny currently pursuing her master's, with the intention of becoming a school psychologist.

"My daughter is super excited. She’s really missing school and is looking forward to being with her classmates. They’ve been in the same class for the last two years and are super close," says Erica.

Four families in Brooklyn: $1,200 a week for five days

A group of close-knit neighborhood friends with children of different ages attending different schools have teamed up to hire a tutor at $1,200 a week, working out to $300 per family.

The families plan on taking turns as parents to assist the tutor. For a 14-week semester running beginning September to early December, this arrangement will cost just shy of $17,000 jointly, or $4,200 a family.

Bethany J. knew that with her medically fragile toddler in the house, back to school wouldn’t be an option for her rising first-grade son this fall. But she also recognized that her son was “melting” without social and academic engagement. She reached out to two other moms in her social circle (one of whom also has a medically fragile child) and the three families found a private tutor to come to their houses and will each pay $200 per family.

They expect that the schedule will generally be three hours a day five days a week, and also hope to supplement the tutor’s instruction with art projects, hikes, and other group activities. “Though we’ll see about that,” says Bethany. “That’s pretty ambitious and we’re already so tired.”

Three families in Connecticut, $900 a week for four days a week

After the school district’s learning plan changed for the third time, Kerry W. had enough. “I don’t blame the schools, because there’s no perfect or even good solution,” she explains. “So we decided to create our own, and we’re lucky we could.”

She and two other families will each pay $300 a week for four hours of instruction four days a week. The families have been close for more than a decade, and the three children, aged 8 to 10, are all friends. Fourteen weeks of tutoring will cost $12,600 all up.

Darcey P.’s son has worked with private tutors before. In fact, he has worked with the tutor who will be taking the lead on his education this semester. “We met [the tutor] through an education center where we would go after school for extra help,” she explains. “[My son] really clicked with her.” When coronavirus prompted schools to go remote in the spring, she asked if the tutor would be willing to come to the house for socially distanced, outdoor learning. “It worked out great and really helped him stay on track.”

This semester, a neighbor has joined her son and the tutor will be coming by more frequently. “It does help bring the cost down a little bit, adding an extra person,” she says. Each family will pay $350.

Four families in Connecticut, $1,205 a week for five days

Sarah W. expects her house to be a little bit chaotic this fall — her daughter and three other children from her neighborhood will be using her finished basement as a one-room classroom. After four hours of instruction, the children will stick around and play for another hour or so before walking home. “Because everyone is coming here we pay less than what the other [families] are paying,” she explains. “I’m the only one [of the eight parents] who doesn’t work outside of the home so it makes sense … we’re all happy with the arrangement.”

Sarah and her husband will pay $200 a week while the other three families pay $335. They are committed to this plan through at least Thanksgiving. “The hope is that we’ll be able to send them back after that,” she says. “But who knows?”

Meredith S. doesn’t expect that the 10 hours of instruction her daughters will receive with a cousin this fall will be the same as returning to their fourth and fifth grade classes, “but it’s something at least.” She and her sister's family will each pay $175 a week for a tutor to help their three daughters with distance learning. Their hope is to keep momentum going so that when schools are back in session the children won’t be too far behind. “They already struggle with math,” says Meredith. “The last thing they need is me teaching them.”

This arrangement works out to just less than $5,000 over the semester.

The number of COVID cases in her state made Gina T. nervous. But as luck would have it, a friend’s sister was a certified teacher in search of a job, but was nervous about entering a classroom during a pandemic. Gina and another family offered to pay her to come and tutor their four children.

The price, Gina says, is steep — $300 per week per family, or over $4,000 to December — but she's trying to take it in stride. “When you shake it out, a semester will cost us what we normally spend on a vacation to Disney, and we didn’t do that this year.”