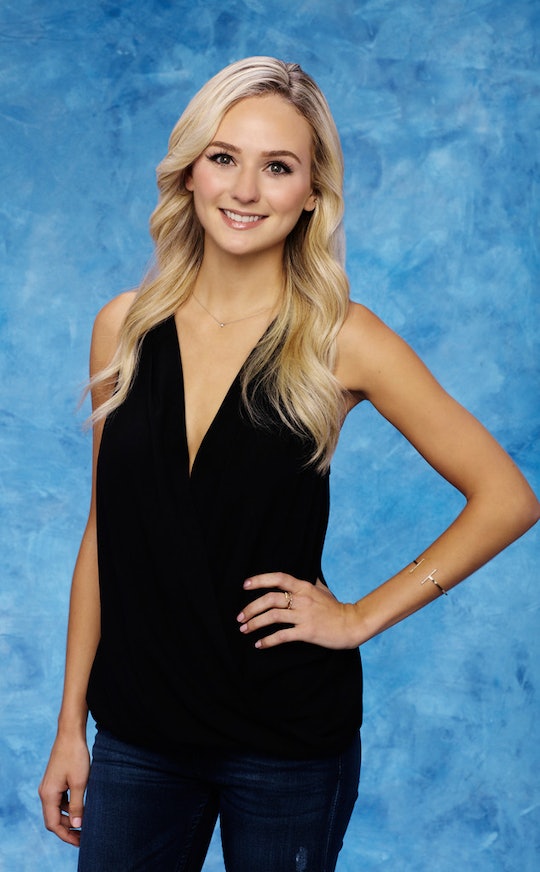 What Airline Does 'The Bachelor's Lauren B. Work For? It's Not An Airline People Fly All The Time

Season 20 of the popular dating reality show The Bachelor aired Monday night, to the chagrin of hopeless romantics everywhere. Another 28 hopefuls introduced themselves to this year's bachelor and former The Bachelorette castoff, Ben Higgins, hoping to make a first impression that'll last. After getting to know the 28 women hoping to win over Higgins, some of their stories stood out. For example, the twins on the show, Emily and Haley Ferguson actually list "being twins" as their occupation. And Lauren B. one of the four Laurens on the show, is a flight attendant. What airline does The Bachelor's Lauren B. work for? Few people have probably seen her on their flight, since the airline isn't one they'd commonly use for U.S. trips.

So, of the four Laurens, this Lauren, Lauren Bushnell, is a flight attendant for Alaska Airlines, according to Wet Paint. She currently lives in Los Angeles but originally hailing from Portland, Oregon.

While it is easy to mock the blonde bombshell's profession and use it as a reason to assume she isn't smart, the opposite is actually true. Lauren B. is a college graduate with a degree in business from Whitworth University, according to Inquisitr. She may not be a war veteran or genetic scientist, but she isn't a self-proclaimed "chicken enthusiast" (whatever that means), either.

Based on her answers to the show's contestant biography, Lauren B. claimed that the most outrageous thing she has done is appeared on The Bachelor, and that her "guilty pleasure" is drinking mimosas with brunch. It is, of course, unfair to make any sweeping judgments without more information, but at a glance it doesn't seem like Lauren B. is particularly interesting. Remember, she is up against three other Laurens, so she is going to be working three times as hard to separate herself from the pack and win Ben's affection.

This season proves to be just as dramatic as the rest, especially considering there are identical twins, a war veteran and four Laurens. Only time (and a few too many, drawn out rose ceremonies) will tell who wins season 20 and secures a potential future with Ben.

More Like This
Lauren Conrad Shares Experience With "Lifesaving Reproductive Care" After Ectopic Pregnancy
How To Stop Breastfeeding A 2-Year-Old
Jenny Han Wanted Both Moms & Teens To Feel Seen In 'The Summer I Turned Pretty'
Is It Safe To Keep Using Period & Fertility Apps In A Post-Roe America?